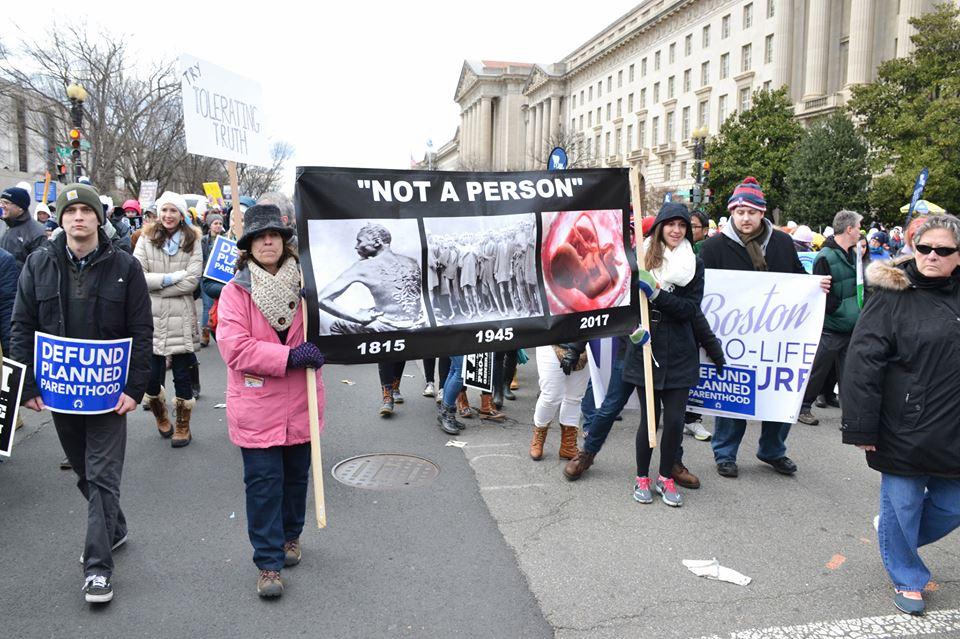 Amidst a crowd of pro-life marchers in Washington, D.C., Anthony Mapes was amazed at how many people from all over the country came in support of the same cause.

“I’ve never seen that many people in one place in my entire life,” Mapes said.

Mapes, a freshman double major in Computer Science and Computer Information Technology, is a member of NKU’s Northern Right to Life club and attended the rally this year in Washington, D.C. on Jan. 27.

Mapes went with a group of students from the club, including Corbin Carter and Mia Walker.

Carter, a sophomore Media Informatics major, said the atmosphere at the rally was very positive.

“We had a few protesters, however, all the pro-life members would go over and just talk to them,” Carter said. “I actually heard, ‘We’re all on the same page, we all just want to be nice to each other.’”

Carter and Mapes both said that they appreciate the political representation that the pro-life movement is gaining, including the appearance of Vice President Mike Pence at the rally.

The Northern Right to Life members also discussed some of the backlash they have experienced being a part of the pro-life movement.

A “Cemetery for the Innocents,” as Carter called it, was vandalized on campus last October when someone uprooted crosses meant to represent abortions and put hangers at the display site.

“I already figured that we might receive some negativity from that because of the different viewpoints from it,” Carter said. “So I’ve always been kind of cautious with our cemetery that we had. I would go over and check, and then as I checked I noticed the crosses and stuff.”

Carter said the display made him feel sad and he feels the pro-choice movement doesn’t understand fully what’s going on when abortions happen.

Mia Walker, freshman and president of the Northern Right to Life club, agreed that the vandalism was disheartening, but was not surprised.

“We realized that the display is controversial,” Walker said. “People are going to disagree with you, but in the end, it’s a human rights issue so you have to deal with any backlash you get and keep in mind that the movement you’re supporting is really important.”

Despite dealing with negativity, Walker said this made her more passionate about the movement and feels that it’s all about compassion.

“I would’ve loved to have talked to the person who did it just to get their opinion on how that made them feel,” Walker said.

Carter said the greatest part of the experience was being around so many people who were passionate about the movement.

“Being at NKU, I’m cautious about giving my viewpoint,” Carter said. “But being in an environment where we all shared the same viewpoints, I thought it was really great and I also made a lot of new friends that I now hang out with a lot.”

Carter, the oldest of 10 children, saw his mother carry all of his siblings and said she is incredibly pro-life. Carter said he hopes he follows in her footsteps.

“Pro-life means I value all stages of human life,” Carter said. “From the moment of conception all the way to a person’s death. And I’m against the killing of anyone, especially the innocent. I believe that abortion is the killing of the most innocent of us.”

Walker’s family also has ties to the issue with her older sister being the former president of NKU’s Northern Right to Life club. Walker said she thinks this movement is supported not only by older generations, but by young people, too.

“This is not just an outdated, old issue for people who have been around for a while. Especially now, everyone says, ‘The people in the White House are just old white men trying to make decisions for women,’” Walker said. “But at the March for Life, you can see it’s mostly young people with a lot of women there and so many people, your peers, all fighting for the same thing.”

Walker said she hopes every life in the future can be respected and treated equally, and that she wants to offer compassion to women who find themselves in a situation where they are considering abortion.

“We want to offer you as much compassion as we can, we totally understand that you’re in a really hard situation,” Walker said. “But we do want to offer you our love and our support and to let you know that you can do this and it is possible.” 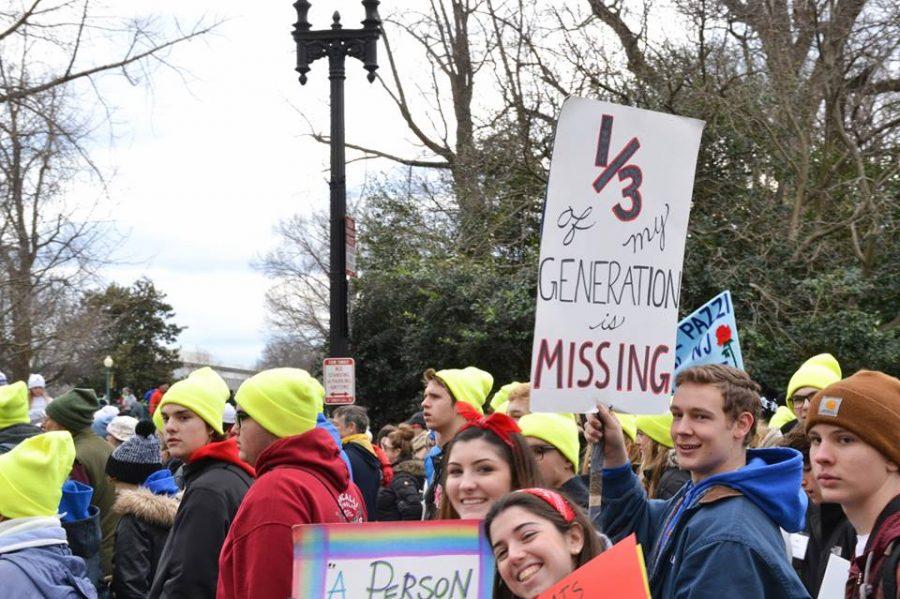 Gallery|5 Photos
Provided by Corbin Carter
"1/3 of my generation is missing." Marchers show signs to support their movement.