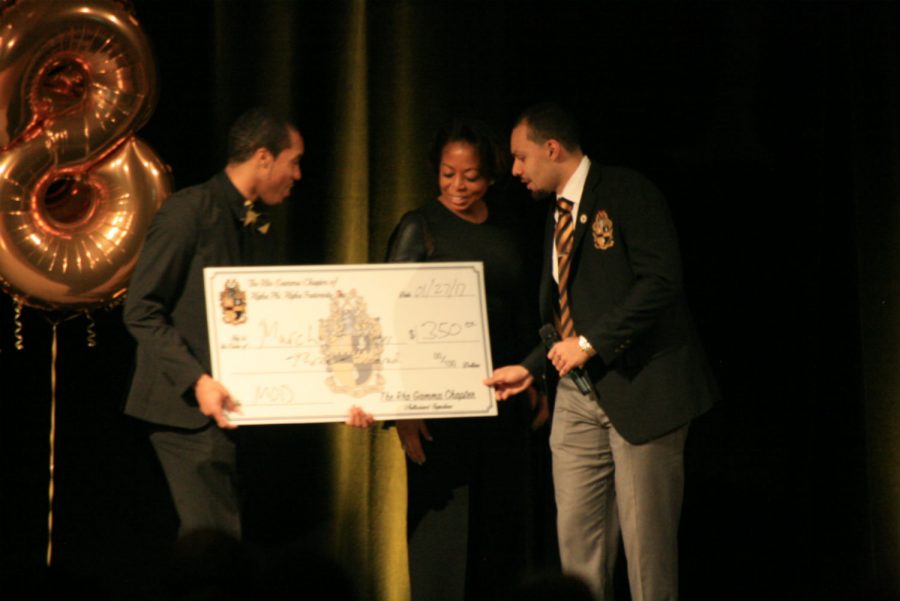 The contestants helped to fund-raise $350 that was donated to The March of Dimes.

As she prepared to pass the crown to the new Miss Black and Gold, Dejah Rawlings reflected on how the experience has changed her life.

It was more than just wearing a crown. For Rawlings, it was about the confidence she gained and the relationships she made.

That’s why Rawlings was thrilled to crown Destinee Jones the new Miss Black and Gold Jan. 27.

After deliberation, Jones was announced as Miss Black and Gold, making her eligible to compete at the district level as well as the possibility of competing at regionals and nationals. If she advances, she will have the opportunity to obtain a larger scholarship.

For Jones, working with the other seven women has been an “extreme blessing” as each molded her throughout the pageant.

A social work major with a focus on drug addiction, Jones looks forward to using her new platform and involvement with the fraternity to create and implement a program geared towards education about drug addiction.

Jones graduates in May and acknowledged that it may be difficult to keep in contact. Despite this concern, Jones want to ensure that she will still be around for her term as NKU Miss Black and Gold.

Rawlings said she knows that the men of Alpha Phi Alpha host this pageant out of the kindness of their hearts. She said she applauds them for doing so. She has seen the impact the fraternity has had on young women due to the pageant.

The Miss Black and Gold Scholarship Pageant has four divisions in the pageant that showcase the contestantsThree main focuses of the pageant are intelligence, poise, and confidence.

While participating in Miss Black and Gold, the original eight women trained for four months, learn their strengths and weaknesses and overcome obstacles. The eight women became friends with one another, and family to the brothers of the Rho Gamma Alpha.

In addition to their training, the women helped fundraise $350, which was donated to The March of Dimes, a nonprofit organization that works to improve the health of mothers and babies.

Cierra English, Miss Congeniality, said she saw how much more purpose the pageant had and how it’s not all about winning.

“[The experience] let me know, I have a greater purpose on this earth and it’s much bigger than who I am,” English said. “Also, I learned how to walk in heels from the men.”

Miss Gold, who is the first runner-up, went to Tiara Atwater (freshman).

Miss Black, who is the second runner-up, went to Skyler Faulkner (junior).

Miss Congeniality for the pageant is Cierra English (freshman). 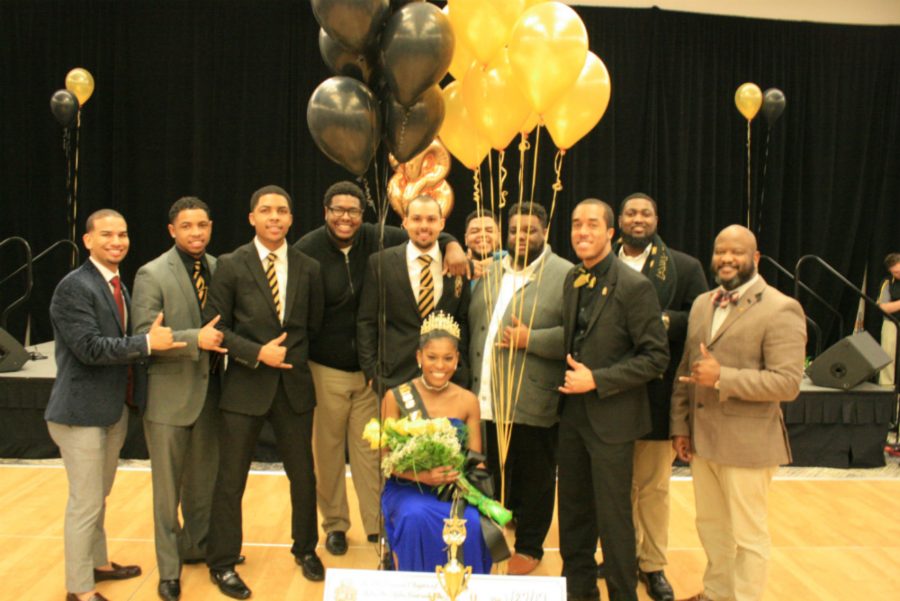