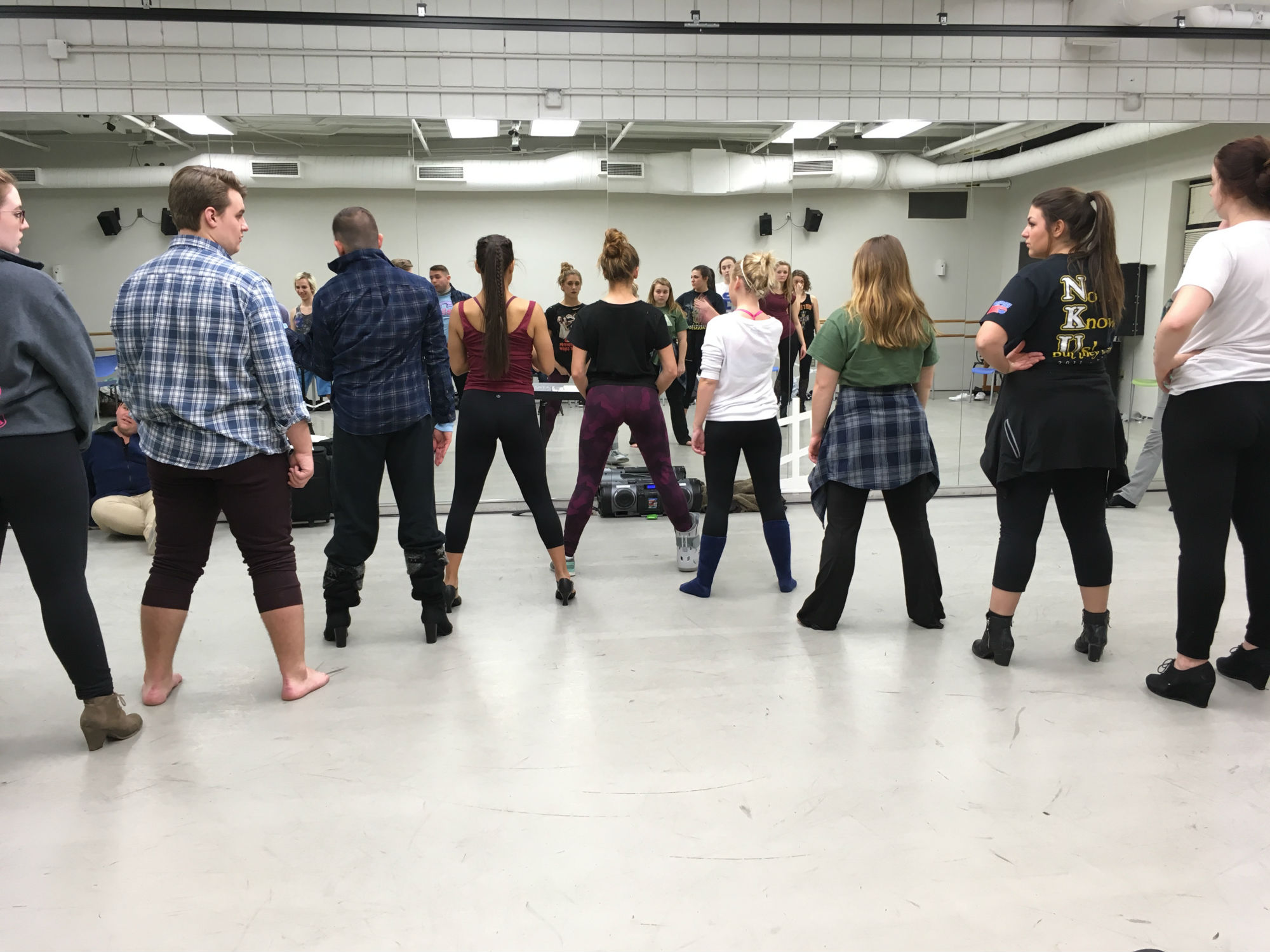 Wards piece is not only about self-confidence but also is a statement to gender equality. (Olivia House )

Wards piece is not only about self-confidence but also is a statement to gender equality.

With a woman on the most recent presidential ballot and CoverGirl magazine having its first male model, Jameson Gastón Ward feels as though the world is headed in the right direction in terms of breaking gender roles.

The junior BFA dance major is choreographing a piece for NKU’s Emerging Choreographer’s Festival. The festival, which was on Nov. 21 in Greaves Hall, showcased students’ works and gave NKU dance majors the opportunity to display their choreographical talent.

This is Ward’s second year having a piece in the festival. Last year, he choreographed a modern piece that was about overcoming adversity, set to music from the movie “Australia.” For his piece this year, he decided to take a different route and explore his love for cabaret heels, hoping that the piece could bring some culture to the Northern Kentucky area.

“I know I have a voice in modern dance so this was kind of challenging for me to kind of stray away from that and explore something else that was meaningful to me as well,” Ward said.

This year, his piece is set to a song by Panic! At The Disco called “Golden Days.” Ward chose the song for its meaning, with its lyrics talking about a time when one feels attractive and ready to take on the world. He thinks that this meaning can be applied well to college students who have frequent doubt and anxiety about the future.

To exemplify the “fierce” feel to the piece, both male and female dancers perform in cabaret heels. Not only do the heels fit with the meaning behind the dance, Ward said, but there is another meaning for them as well.

“Today in this age, I think it’s important for people to understand that no matter who you are, what sex you are, you can do whatever you want to do,” Ward said. “So having men and women dance alongside each other in heels is a statement to gender equality.”

Ward believes that the idea of gender equality is very important, especially in this area. With thoughts that other parts of the world embrace the idea more, he hopes that this dance can make an impact.

“I think that the world would just be a beautiful place if anybody, no matter who you were, could be anything and nobody would bat an eyelash and everybody would support you,” Ward said.

Cynthia Thomas, senior dance major, also has a piece in the festival. The inspiration for her piece came from an emotional time in her life. She believes that you should be able to put your words on stage without actually having to say anything. She really likes the idea of the heels behind Ward’s piece with the choreography being applicable to the area and NKU’s campus as well.

“NKU is probably one of the most diverse and welcoming campuses I’ve ever come across in my entire life,” Thomas said. “I feel like we are definitely doing a great job of putting these issues out there in many different ways, such as Gastón’s piece.”

Ward’s choreography is inspired by many different choreographers, one of those being Bob Fosse, a choreographer that changed the world of dance by making new shapes and a new style of moving. He is also inspired by modern dancers, Martha Graham and Kate Jablonski. With the use of odd shapes and very rigid movements, the inspiration from these dancers shines through in his choreography.

Ward and his dancers  rehearsed for the festival every Wednesday night since August to get the choreography just right for the festival. With lots of rigid movements and direction changes, they make use of repetition to get everything down, and practice their movements in their heels.

Claire Godbey, sophomore exercise science and dance double major, is one of the dancers in Ward’s piece. She, along with the rest of the performers, really enjoys the use of heels in the piece, as they allow them to have confidence.

“You can’t really hide yourself when wearing heels,” Godbey said. “This piece is about embodying that confidence and holding yourself high.”