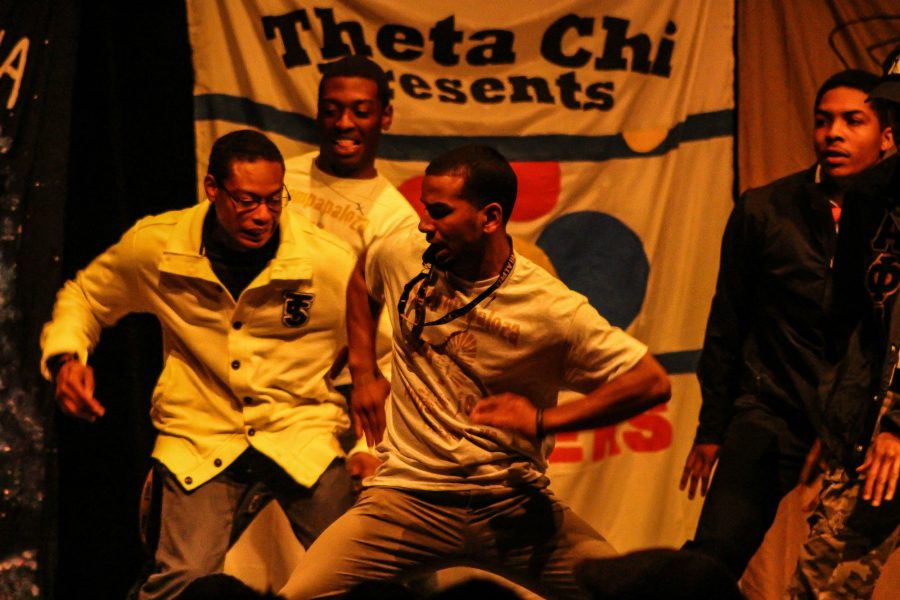 Stompapalooza raised money for Matthew 25: Ministries, a disaster relief and humanitarian aid organization based out of Cincinnati.

Terrance McCraney walks on stage to introduce the teams for Stompapalooza to the packed Student Union Ballroom.

Behind him are five hand-painted banners, one for each team: Delta Zeta, Theta Chi, Alpha Omicron Pi, Theta Phi Alpha and Delta Gamma.

Stompapalooza is a step show, performed on Thursday at 6:30 p.m. and hosted by the Rho Gamma chapter of Alpha Phi Alpha, with proceeds going to Matthew 25: Ministries.

McCraney, a Rho Gamma member and admissions counselor for multicultural recruitment at NKU said you don’t see too many events where the NPHC, NPC and IFC are co-mingling.

“To spread a culture to a different group of people is always so great so that’s what it really means, adding different culture to different people and understanding how other people work,” McCraney said.

McCraney, who was part of the group that started the Rho Gamma chapter at NKU, said they got the idea for Stompapalooza from their chapter at the University of Kentucky.

James Johnson, junior journalism major, also said that Stompapalooza’s goal was to help bring the NPHC, NPC and IFC together.

“Really we cannot preach inclusiveness if we’re not willing to display it,” Johnson said.

Johnson said Stompapalooza is a great starter to build those relationships in order to reach true inclusiveness.

“It can’t just be a mandatory thing, it has to be voluntary,” Johnson said.  “I feel that with Stompapalooza they get a better understanding of why we step and stroll and then they appreciate our culture a lot more and not just appropriate it.”

In addition to building inclusiveness Stompapalooza also raised money for Matthew 25: Ministries, a disaster relief and humanitarian aid organization based out of Cincinnati.

“I don’t think people realize that you don’t have to go to Haiti in order to be a resource to Haiti,” Johnson said.  “We get the inclusiveness, but we also get that community service which is what we’re built on.  That’s our foundation.”

Each team had to collect donations for Matthew 25: Ministries which went towards their score in Stompapalooza.

The teams were critiqued by a panel of six judges on precision, creativity, knowledge of the steps, energy, the banner they created, donations and their overall performance.

Each group was coached by a member of Alpha Phi Alpha Fraternity, Inc.

The teams each started their performance by stepping and dancing down the aisles of the dim ballroom.  During the performances their supporters would yell and cheer for the teams, trying to help them boost their energy scores.

Three-time reigning champions Alpha Omicron Phi entered the ballroom wearing all black and hooded crop tops to Kanye West’s “Jesus Walks.”  In the middle of their performance they froze while a video of the group practicing played on the screens adjacent to the stage.

Delta Gamma stepped to the stage wearing gray “DG Strong” sweatshirts and black, green, and brown camouflage face paint as a promo-style video of the group training at various NKU locations accompanied them.

During the performance their supporters cheered and elicited applause from members of NKU’s Hip-Hop dance team, Envy.

Jennifer Fraser, junior musical theater major and member of Delta Gamma’s team, said their goal was to at least place in the competition.

“I feel amazing.  I can sleep now,” Fraser said.  “It’s a lot of anxiety, a lot of nervousness, a lot of hours of working nonstop, it’s a relief to for us to accomplish this for our sorority, it’s what we wanted to do, it’s like a big victory and big goal we reached.”

Terrance McCraney said it was great to see the team that he coached his first year take home the trophy.

“I’m excited, it’s the first time anybody new has won, it was really tremendous,” McCraney said.

Johnson said he felt like Stompapalooza was a success because it kept the conversation surrounding race and inclusiveness going.

“I feel that Stompapalooza was a stepping stone,” Johnson said.  “I’m glad that Alpha Phi Alpha fraternity, Inc. can be an initiate of that conversation.” 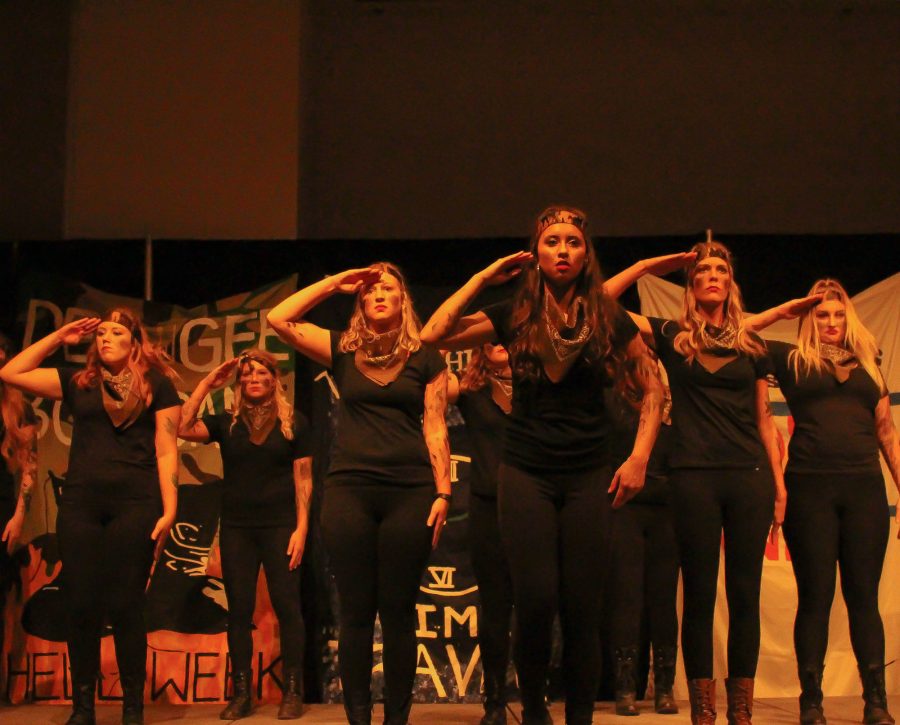