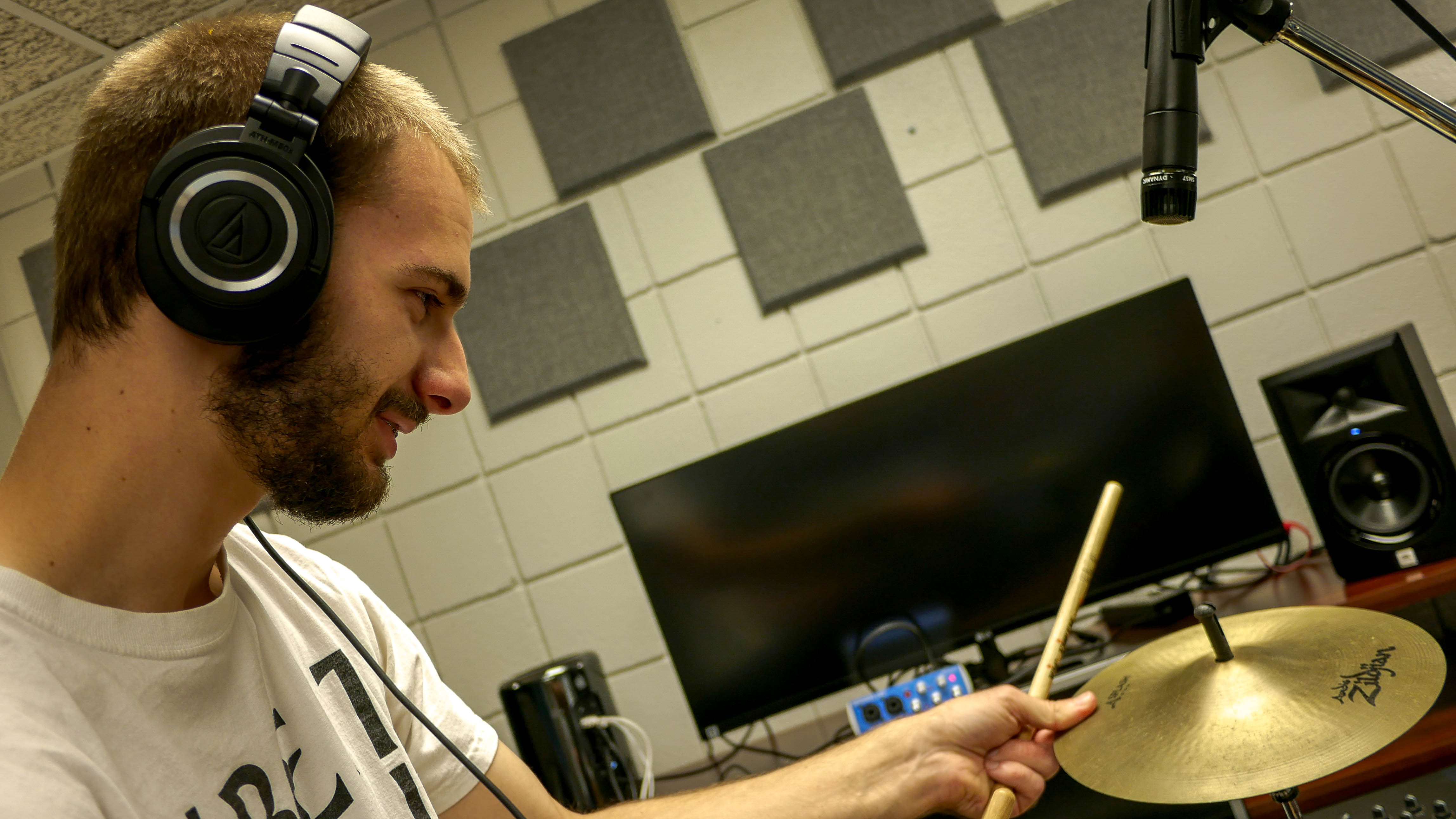 Though they’re students in the School of the Arts, many actors in the performance “Ma Rainey’s Black Bottom” have never actually picked up an instrument. (Alec Reynolds)

Though they’re students in the School of the Arts, many actors in the performance “Ma Rainey’s Black Bottom” have never actually picked up an instrument.

Music, theatre students work side by side for “Ma Rainey’s Black Bottom”

Though they’re students in the School of the Arts, many actors in the performance “Ma Rainey’s Black Bottom” have never actually picked up an instrument.

The School of the Arts is bringing actors and musicians together from all departments to work side by side to recreate this August Wilson classic.

In order to create a realistic performance on stage, many of the actors involved have been working one-on-one with a student mentor from the music department. These musicians help train the drama students on the proper way to hold, play and handle the instruments they will have with them on stage.

The show, which runs from Oct. 25 through Oct. 30, is set in Chicago in the 1920’s. The story is based on famous early blues singer Ma Rainey, and discusses race, religion, art and most prominently, the exploitation of black recording artists in the early 1900’s.

Professor of Jazz Studies Brian Hogg has created a class with some of his jazz students specifically for the purpose of creating a soundtrack to accompany the play. The students in his class have composed their own pre-recorded soundtrack that the actors will mimic on stage.

“The hands on research is really in your face,” Horton said. “It’s like a crash course on how to play an instrument.”

Many of the actors have been surrounded by music and musicians for most of their life, but until now, they had never actually played any instruments, so the drama department looked within SOTA for help. 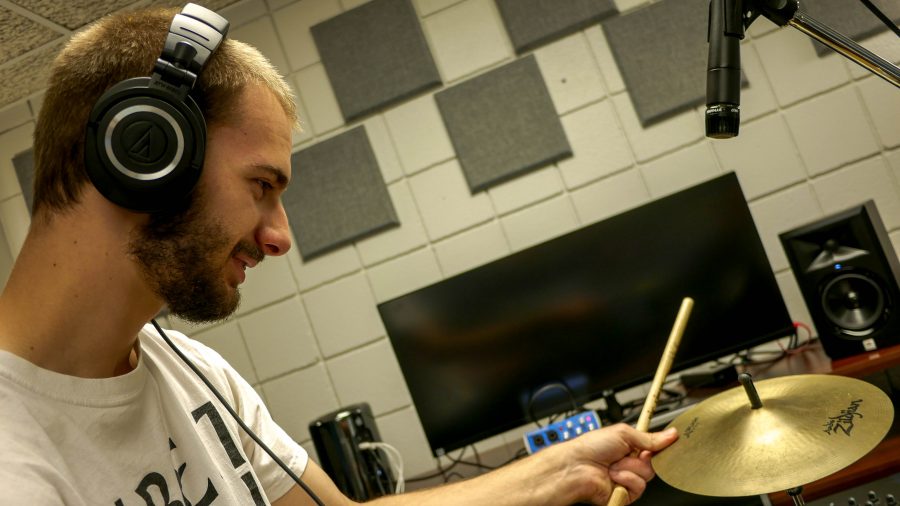 Gallery|6 Photos
Alec Reynolds
Though they’re students in the School of the Arts, many actors in the performance “Ma Rainey’s Black Bottom” have never actually picked up an instrument.

“During the show their music will play while our actors are miming the movements that they’ve created with the musicians,” Harris said.

Harris said part of the reason the class had to record their own versions of the songs is to capture the precision needed on some of the songs. They also had to make sure to use the proper instrumentation on the tracks that will be used on stage.

Since the musicians have worked to create these original recordings, they decided their hard work should not be abandoned once the performances were finished.

They are currently working to create an album that will feature all of the original music, as well as several classic jazz songs reimagined.

To further the collaboration within SOTA, the class plans to work with students who are visual artists in designing the album cover.

Eric Snyder, a senior jazz studies student collaborating on the album, said a lot of the songs had to be remade due to copyright issues.

“We’re doing new arrangements of the old songs, because a lot of them are copyrighted,” Snyder said. “We’re rearranging the songs, so naturally there’s a lot of writing that goes into it. It’s kind of like doing cover music now.”

The album is a combination of the rewritten classics, as well as an original composition piece that will play before the performances.

“We are going to record the CD in the style of music featured in the play,” Snyder said. “Kind of like an early blues sound.”

As the performances draw near, Harris said one of the difficult tasks is capturing the words Wilson wrote for the script.

“It’s a challenge to honor the precision of his writing and get all those words in the actors heads, while capturing the spirit of his words and the history behind them also,” Harris said.

The play runs from Oct. 25 through Oct. 30 at the Stauss Theater. Shows are held daily with two shows on Oct. 29. Click here to buy tickets.