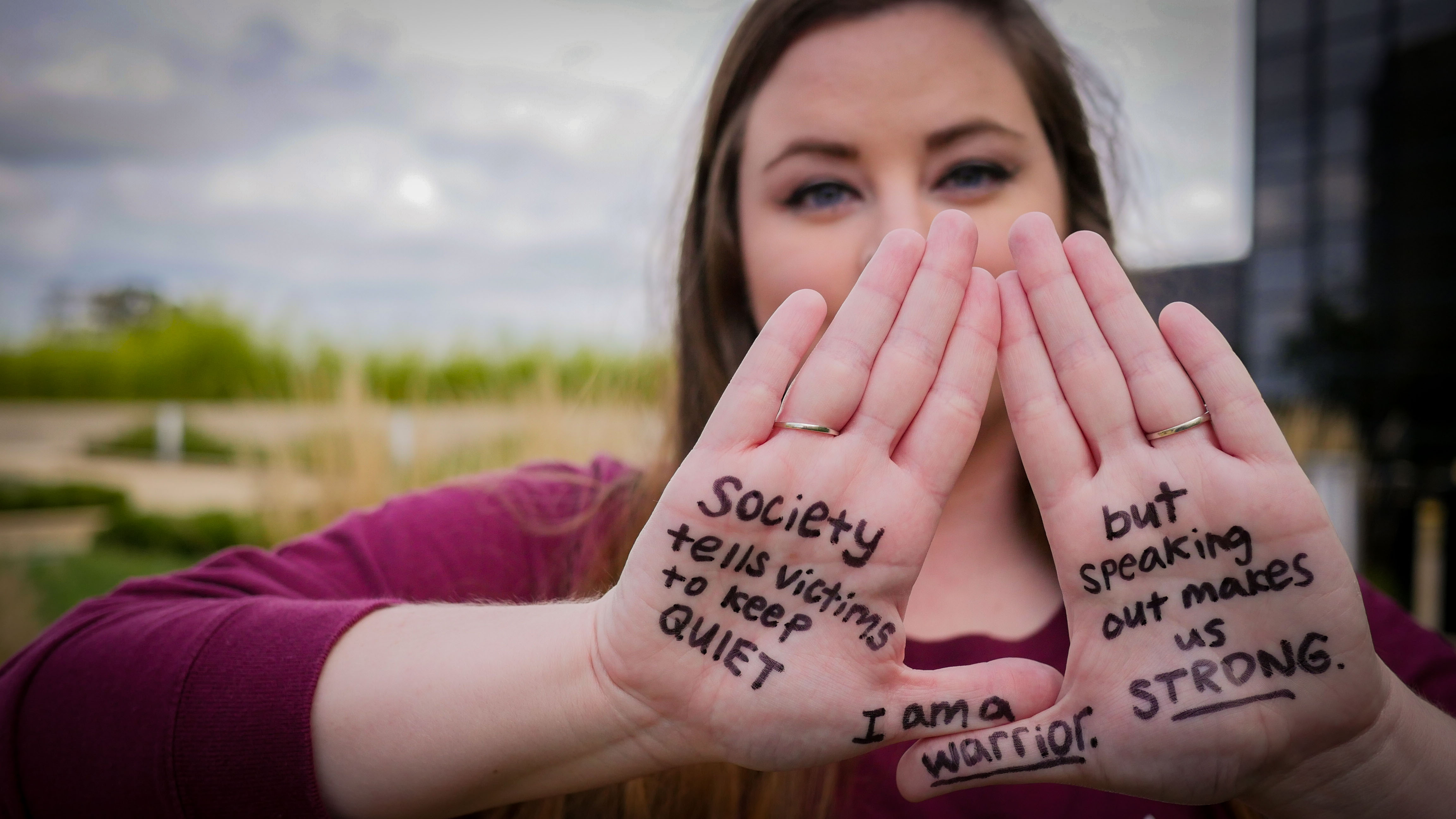 Finding strength in speaking out

The story of a survivor of sexual assault

She felt it like it was sitting on her chest.

Suffocated by her thoughts in a room full of strangers, Jessica Ulrich stared at the microphone in front of the room. Somehow its slender stand seemed to tower over her.

I need to get up and do this.

Driven by the desire to share her story, the 21-year-old stood up from her seat.

This is who I am.

She felt her stomach turn as she made her way to the front of the room.

This is what I’ve been through.

Her whole body shaking, she took the microphone in her hand.

She stared out into the crowd, an image blurred by her tears. They escaped from her eyes and ran down her cheeks as she told those in the room that she was sexually molested by her biological father when she was a child.

The now 22-year-old recalls the first time she publicly spoke about her experiences as the first time in her life she felt like her story could make a difference in the lives of others.

“For the first time, that’s how I really felt I could potentially make a difference with my story,” Ulrich said. “Even if I didn’t make a difference, I could just give a different perspective to other people, and that’s honestly the only thing that kept me standing up there.”

Ulrich spoke at Take Back the Night, an annual open-mic style initiative on campus to spread awareness about sexual assault, and she has been sharing her story ever since.

“NKU had kind of become more of a support community for me that day,” Ulrich said. “It was a lot of people I didn’t know, and people were just coming up to me and giving me gentle touches on the arm, or bringing me tissues or whatever I needed.”

The senior integrative studies major said she didn’t expect to receive the kind of support she has received since coming to NKU in 2013, but she has traveled a long road to get to where she is today.