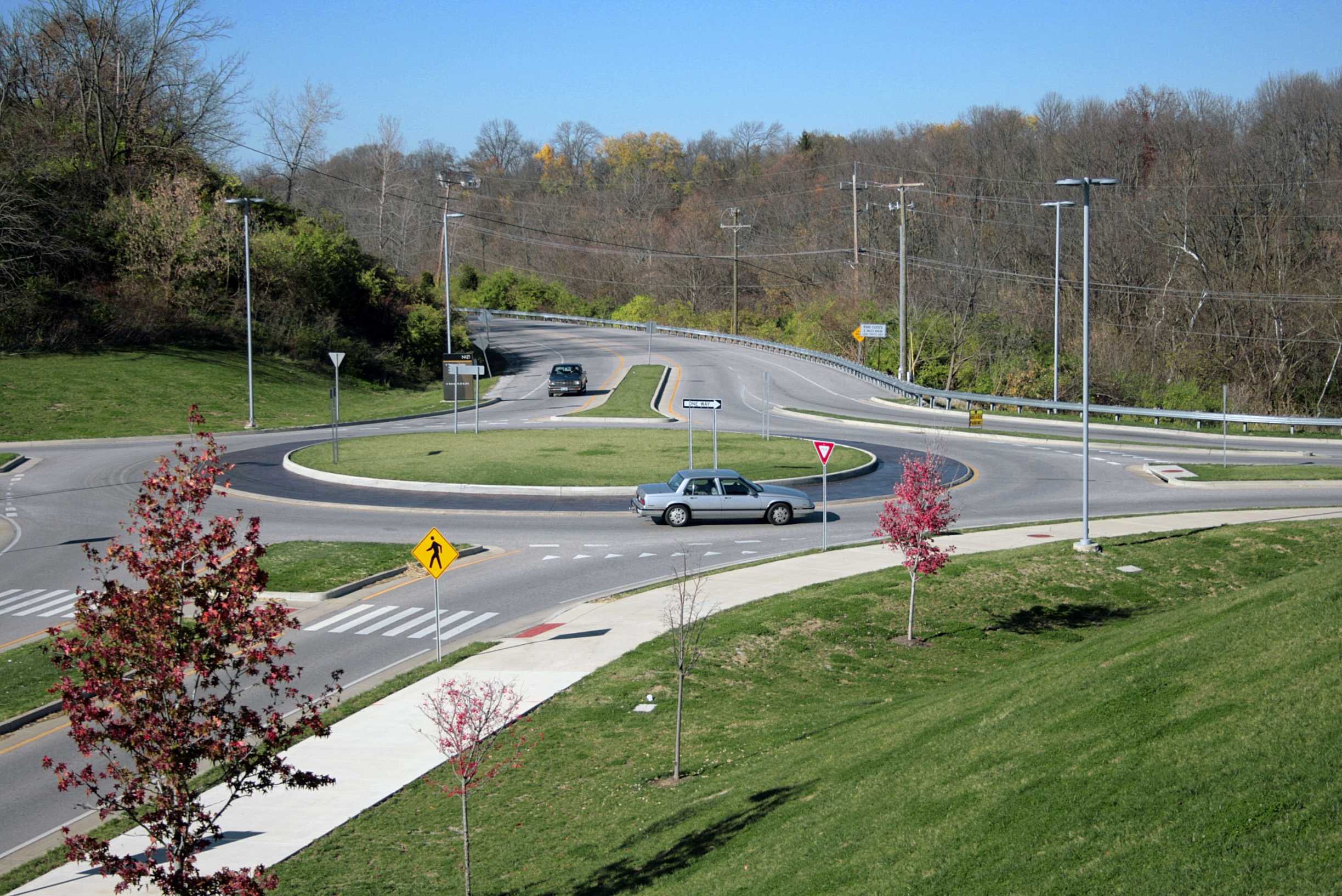 Many studies confirm that the roundabout is the most efficient intersection there is. Supposedly, the roundabout accomplishes minimal traffic build up, keeps traffic moving smoothly and results in the least amount of collisions per any type of intersection. From these descriptions, I cannot help but wonder whether Northern Kentucky University’s roundabout is designed to meet these expectations, or whether the NKU population has simply yet to figure out the confusing circle.

Anyone who has been stuck in the roundabout during peak traffic hours knows that the roundabout provides just as much frustration as a traffic light and sometimes a four-way stop just seems like the easiest solution.

If NKU embraces the roundabout, I truly believe it can be made into exactly the’ intersection it was intended to be. To accomplish this, education, patience and attentive driving are needed.

According to Roundabouts: An Informational Guide, provided by the Turner-Fairbank Highway Research Center (www.tfhrc.gov), the use of turn signals in a roundabout is still necessary. When exiting to the immediate right on the roundabout, use the right turn signal. If your destination is the exit straight ahead, use no turn signal at all.

By using your turn signals, you are able make aware your intentions of turning to other drivers and communicate to them when it is his or her turn to make their move and enter the roundabout. ‘

It is also important to reduce speeds (hence, the placement of ‘yield’ signs clearly visable at every entrance) when approaching, and while actively making your roundabout. The faster the speeds within a roundabout, the harder it is to merge. When a driver feels uncomfortable pulling into the roundabout, lines of cars’ build and create a traffic bottleneck full of impatient drivers wanting to get home or to make it to class on time. If everyone goes slowly, the roundabout becomes more efficient which, ideally, allows for a smooth, unspoken understanding of a safe driving structure or pattern – one car from each direction pulls into the roundabout simultaneously.

On campus, everyone needs to approach the intersection as what it is – an intersection. This does not mean that you can fly though and cut-off cars. Think of it in the same general way you think of a four-way stop – everyone should get a turn. While drivers waiting their turn to pull into the roundabout are required to yield, it does not mean that those within the roundabout cannot drive responsibly, slowly and respectfully.

Also, when merging into the roundabout, some drivers need to be more assertive. I am not saying whip in there and cut others off, but oftentimes I see wide-open windows of opportunity ignored when people treat it as a stop sign, stopping completely.

Roundabouts are designed to regulate traffic and to create less buildup, so if everyone utilizes ours properly and with consciousness, perhaps the traffic on campus will become just a little more manageable.