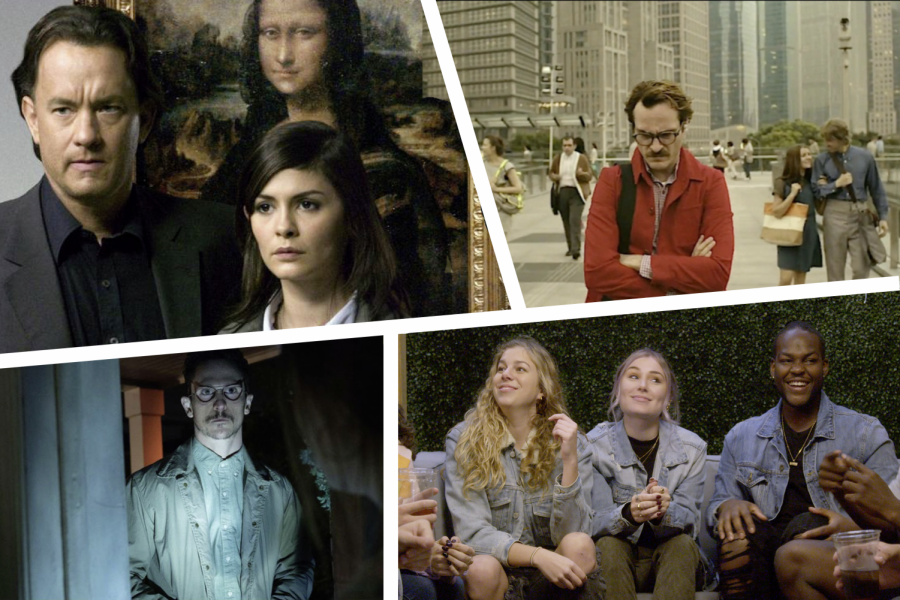 From left to right: The DaVinci Code (Prime), Her (Netflix), Monsterland (Hulu), Deaf U (Netflix)

The Academy Award-winning futuristic romantic, science fiction, drama, comedy, which has strangely become more realistic since its 2013 release, Her is officially arriving on Netflix. The film follows Theodore Twombly, (Joaquin Phoenix) a recluse who finds companionship with Samantha—a new operating system, played by Scarlett Johansson, who is the equivalent of a Siri that adapts as more conversations you have with it.

This reality series takes viewers into the life of six close-knit friends at Gallaudet University in Washington D.C. and explores the different cultural and social pressures that come with being  Deaf and/or hard-of-hearing. The docuseries depicts them protesting in the nation’s capital, playing sports and just being around each other. Activist and “America’s Next Top Model” winner Nyle DiMarco serves as an executive producer.

In a time when all we do is talk over Zoom or another form of digital communication, this thriller could not be more realistic and prime for your Halloween horror. This film came on the edge of the “found footage” trend that brought us other classics like “Paranormal Activity” series and “As Above So Below.” Because the movie’s plot line is based largely around cyberbullying, it garnered mixed reviews across the board.
Hulu:
Monsterland – Hulu Original Series (10/2)

Hulu’s latest horror show encapsulates the scary things that go bump in the night with stars like Kaitlyn Dever of “Justified,” Taylor Schilling from “Orange Is the New Black,” and Kelly Marie Tran from “Star Wars: The Last Jedi.” Monsterland is an eight-part anthology series based on Nathan Ballingrud’s book “North American Lake Monsters.” The trailer highlights different cryptid figures from our childhood—including mermaids, fallen angels and other humanoids as they appear across different cities in America.

Are you deathly afraid of killer clowns and looking for a good thriller on Halloween night? The horror film aptly titled “31” is about five carnival workers that get captured by a gang of clowns and are forced to play hide and seek for 12 hours while running from them in a maze. The prize for being found …  just watch and find out.
Amazon Prime:
The Da Vinci Code, Ron Howard, 2006 (10/1)

Who painted the Last Supper and left a code just for us to find? Da Vinky? In this cinematic classic, Tom Hanks starts a chase to clear his name in a murder and search for the Holy Grail. Solidifying its classic status, this film still holds the title of one of the most grossing opening weekend box office.

In the meantime of waiting for Rihanna’s ninth album that will probably never drop, Rihanna provides a return of her second annual Savage X Fenty Show. The original Savage X Fenty Show was started to showcase Rihanna’s fashion brand and the different types of body sizes and shapes modeling them. This one promises to provide just as much hype as the first with appearances from Miguel, Ella Mai, Bad Bunny and Lizzo.