From the perspective of Trevor Browning 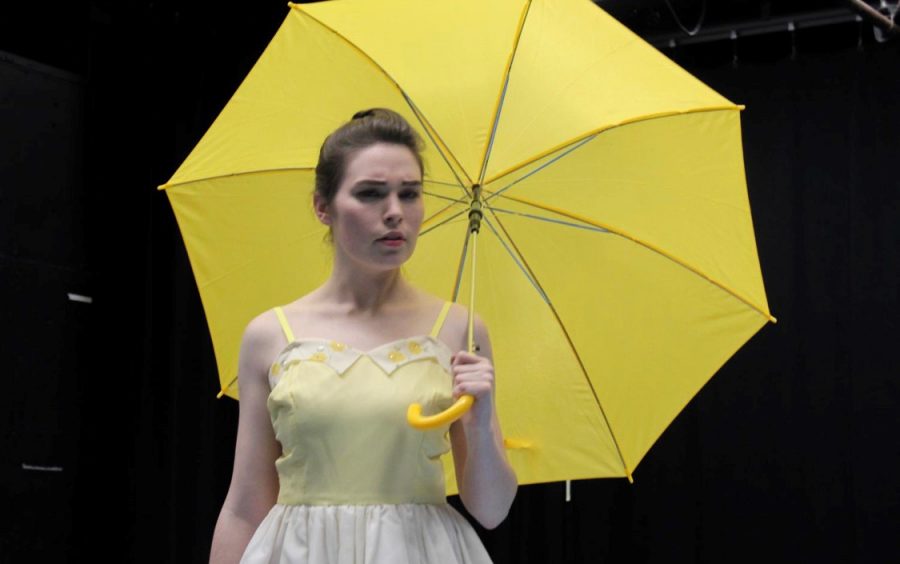 The Henry Theatre—our campuses studio outlet for student directors, student actors, student producers, student writers, and student designers—has and always will be a non-profit student organization which is why it has been hit rather hard by the spread of COVID-19 and its effect on campus life as we know it, considering all of our income comes from the donations of our patrons.

Due to the necessary cancelations of all campus-based events, we followed the campus guidelines on the situation at hand and the remainder of our activities for the year have been cancelled such as several fundraisers, including a staged retelling of Tommy Wiseau’s “The Room,” which would have been performed as a shadow cast somewhere on campus and directed by Joshua Van Nort.

Also canceled was our annual end-of-the-year ‘Comedy Jam,’ an event that I myself put together last year, again with the help of Josh Van Nort, that would feature and highlight student comedians and musical acts performing acoustic sets of their music as well as their own stand up comedy routines. Perhaps the biggest blow to our organization was the cancellation of our last show of the season, “Constellations”—a play written by Nick Payne that would have been directed by NKU’s own Haley Beggs for a Spring opening.

We also had to cancel performances of a One-woman Show performed by senior Sally Modzelewski as well as the spring ‘Ten Minute Play Festival,’ an annual event that highlights pieces written by Professor Brian Robertson’s Playwriting II class and directed by his Directing II class in collaboration.

We’re doing all we can to make right on these events. So far, Haley Beggs as well as her cast, which consists of seniors Chelsea Trammell and Landis Helwig, have decided not to let their show die and instead have opted to postpone their show to a Fall date with a venue outside of campus to assure that the graduating cast members can return to their roles. The date of this show will be determined and likely announced on the Henry social media very soon.

The Second Annual Henry Comedy Jam has taken an online form and will instead be a week of student created content broadcasted on the Henry Facebook page: featuring skits, sketches, and self-taped standup from NKU students and alumni alike. This will be broadcasted later this week (4/25/2020). “The Room” fundraising event will also likely be rescheduled to a date that will be later determined.

As far as The Henry goes, we will without a doubt keep on keeping on. Our plans so far are to hit the ground running next semester with three new student-directed shows being produced in the Fall Semester as well as the return of “The Rocky Horror Picture Show Shadow Cast” as our premiere fundraiser. We also have plans to produce three more shows in the spring semester and take part in 2021’s “YES Festival of New Plays,” featuring a to-be-announced work from a student writer that will be directed by a SOTA resident director.

While we’re obviously very much looking forward to our future endeavors and getting back to our creative outlets and, more or less, itching to get back to work—we still want to acknowledge how serious this situation is and how, as we get closer to our return, we will still be apt to follow the guidelines and protocols handed down by Kentucky Governor Andy Beshear as well as NKU’s President Ashish Vaidya on the growing situation and preventing further spread or return of COVID-19 in the near future. More than anything, the Henry Theatre wishes to be part of the solution and help to fight coronavirus spreading as much as humanly possible.

I am very proud of our student producers Char Adams, Joshua Van Nort, Haley Beggs, Nick Palazzolo, Lexi Rigsby, Brooke Hardin, Mary McNeill, Danielle Ullman, and Reagan Ruth—as well as our senior producers Jerrod Gruber and Holden Casada for all of their hard work this year and all of their extra work and determination in confronting and battling this very new threat this semester.

It has truly been an honor to work with them. I’d also like to thank Brian Robertson, our faculty sponsor and fearless leader who has been an excellent navigator through this situation as well as the world before it and onward. We’ll see you all next semester and, when we return, don’t be afraid to try something new.