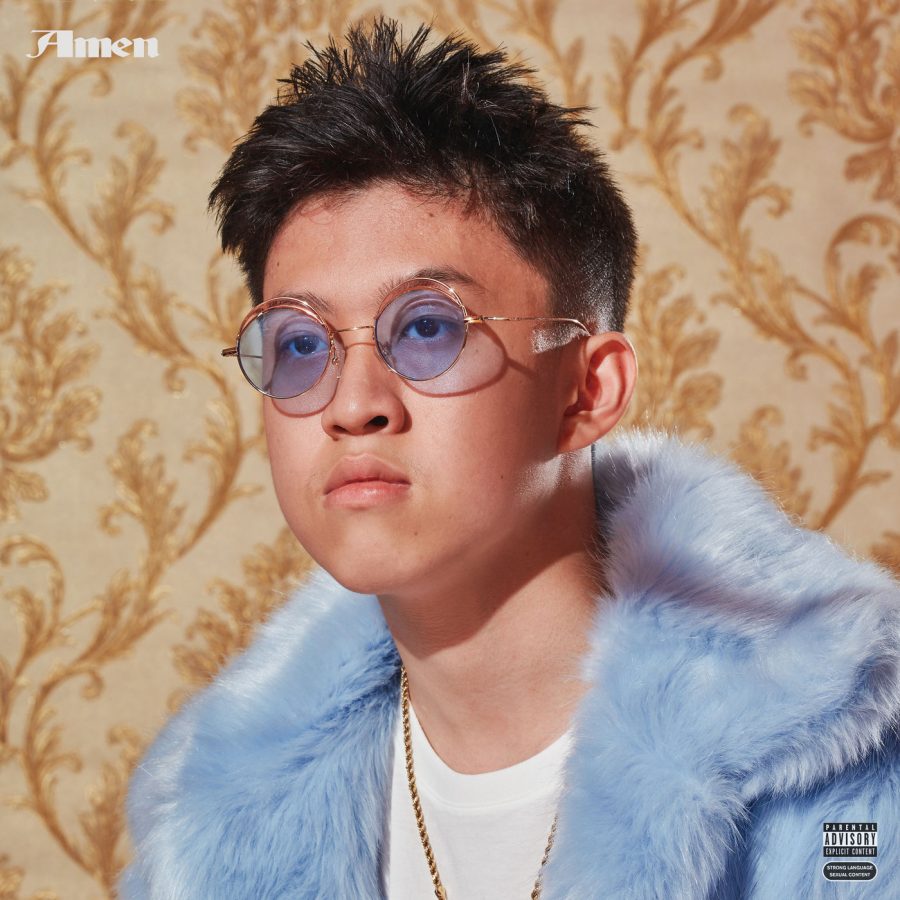 Rich Brian, formerly known as Rich Chigga, just dropped his highly anticipated debut album “Amen,” a cohesive body of work that proves the 18-year-old rapper from Indonesia is more than a fluke. The 14-track album includes the hit single “Glow Like Dat,” “Attention,” which features Offset, and his most recent release, “See Me.” Brian almost solely produced this album himself, which could explain why all of the songs share a similar vibe: again, cohesive.  In an interview with OTHERTone Radio, he stated that Tyler, the Creator was one of his biggest inspirations, so it’s not surprising he took the D.I.Y approach with his album.

I was hesitant to listen to Rich Brian’s new project because I was introduced to him as Rich Chigga. The Indonesian rapper would drop the n-word in his songs with such ease that it made me uncomfortable. I immediately canceled him until I saw a video of him recognizing that he’s not allowed to take the power away from a word that is not his in the first place.  He seemed to understand that what he said was wrong and appeared to regret it. After that, I was able to listen to his music without cringing. With the release of “Amen,” I was able to get a sense of who Brian is without the gimmicks or exaggerated persona.

Like most 18-year-olds, Brian is trying to figure out who he is. In creating the album, he experienced a lot of firsts, including his first relationship-turned-breakup, his first time in the United States, and even his first time having sex. “Glow Like Dat” deals with his first heartbreak in a relationship with a girl he met online. She decided to end it after only two months, and left Brian crushed.

Through his pain, he was able to create my new favorite song at the moment. These experiences along with his rising stardom are making Brian examine his relationships and coping mechanisms. In “Cold” he says “Man, I never been the one to be alone/All my friends are always hittin’ up my phone/Every day is spent with everybody, never on my own/But today I’m by myself and I don’t even feel alone.”  The line reminds me of Britney Spears’ “Lucky,” in which Spears talks about being depressed even though she has everything she’s ever wanted. On his song “Introvert” he dives deeper into the isolation with lyrics like “I just wanna know why I’m feelin’ so lonely at night” and “Yeah, hole in my soul, don’t know how to fill it up/Cannot let nobody in, hopin’ that they understand.”

In the same OTHERtone interview,  Brian says he doesn’t believe in relationships. A common theme on his album is being able to get any girl he wants: typical rapper rhetoric. I mean, the first line on the album is “I’m giving my number to any bitch.” Brian recognizes his problems with women on “Cold” with the line “Like to play chicks but get mad when they get new guys/You don’t get me but I don’t blame you, I don’t get myself.”

Brian came up through the now defunct social media platform Vine, so comedy has always been his go-to schtick.  He’s trying to be taken seriously as a rapper and stray away from that persona, but  still sprinkles the former into his raps on occasion. Through songs like “See Me,” where he raps about being the “Indonesian MC Hammer.” and  “Kitty.” where he describes going to a party and meeting a girl who he would lose his virginity to, only for her mom to walk in, he still manages to assert his goofier side.

Comedy aside, Brian was also able to display his lyrical talent with witty one liners. On “Attention” he said “I got people locked and loaded like they trained for ISIS,” right after spitting “Every week, I be on her face, she think it’s Cetaphil.”

If you’re looking for your typical Soundcloud rapper “yeah yeah yeah” and various lean and Xan references, you are not going to get that with this album. Brian is able to blend his comedy, lyricism, and introspection all on this album and was still able to make it fun and youthful. He proves that he is more than just a clout chaser and is actually serious about his craft. It’s amazing how he was able to create this album on all his own. I really enjoyed Amen, and I’m excited to see how Rich Brian’s music progresses in the future.