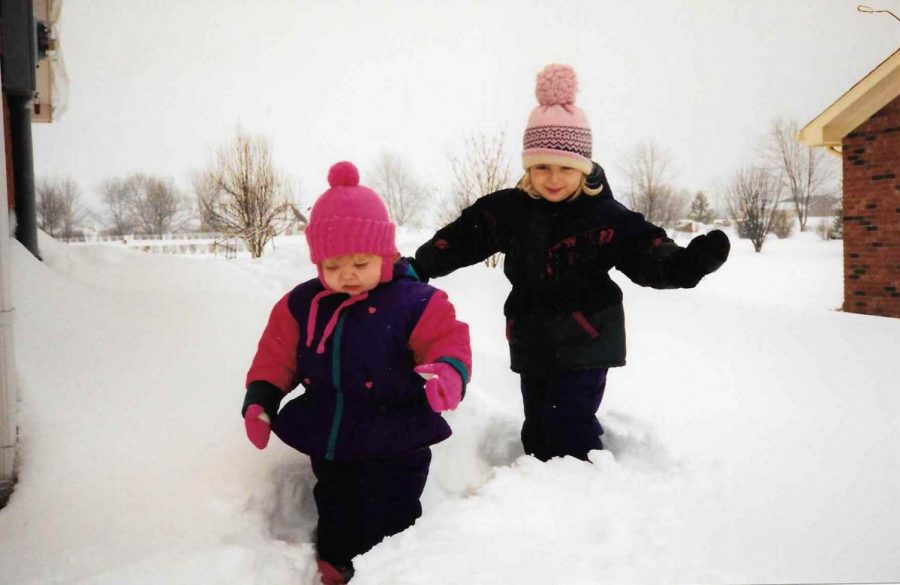 The Northerner’s Editor-in-Chief as a kid, running through snow in suburbia.