The war for the Internet has begun 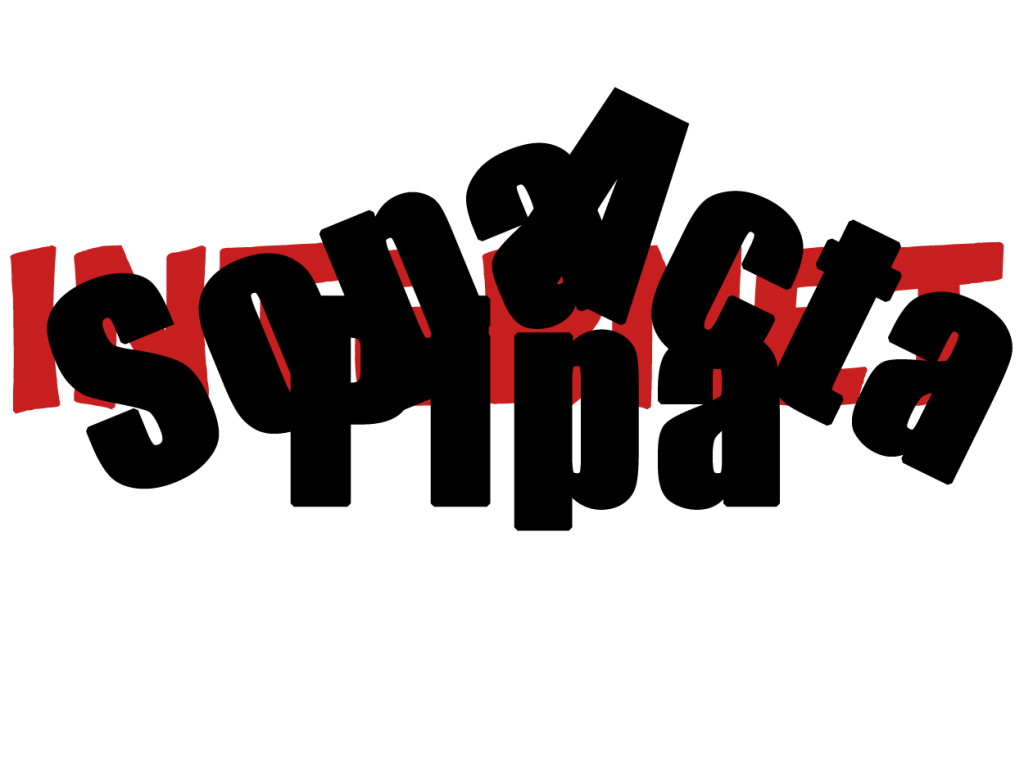 What would we do without a website like YouTube? Imagine if videos of cute kittens with a hit pop song playing in the background were gone. Cover song videos are erased completely. What if a good portion of the beloved video site was gone? All of that could happen thanks to two bills, the Stop Online Piracy Act (SOPA) and the Theft of Intellectual Property Act (PIPA), both on the verge of being voted on by lawmakers. The proposed legislation has generated a firestorm of controversy, culminating in a massive “Internet blackout” Jan. 18. over what critics claim is transparent censorship of the web.

That’s right, and YouTube isn’t the only website in jeopardy of losing content or being shut down altogether. The entire Internet would be subject to censorship by the government if SOPA and PIPA are made into law, and any accusation of copyright infringement, however baseless, could be employed to remove a site from the results listings of major search engines like Google. Not only would the big names like Wikipedia or YouTube be at risk, but every blog and website hosting content that could be vaguely interpreted as infringing could be taken down, which means no more posting movie clips or dance videos set to a Lady Gaga song.

These bills are juicy enough for some senators and congressmen to sink their teeth in, sponsored as they are by media conglomerates who have invested heavily in lobbying Congress. The bills are intended to stop the illegal downloads of music, movies, books and games, but in the process of trying to stop piracy, civilian casualties would be unavoidable. “They can shut down your site, they can shut off all links to your site. There’s no due process. It’s too vague, it’s too broad and it’s not going to stop piracy, particularly on foreign servers,” communication professor Renee Human remarked.

Last week was a big one for your average net-izen, as in addition to the SOPA controversy one of the largest cyber-attacks in the history of the Internet took place in response to yet another police action on behalf of copyright holders. On Jan. 19 the FBI, in conjunction with authorities in numerous countries, staged a massive raid against the file hosting site MegaUpload, seizing both the operators of the site and confiscating its servers. In response, the Internet activist group Anonymous staged a massive retaliatory attack, taking down the websites of the FBI and the Motion Picture and Recording Industry Associations of America, amongst others. With many Internet communities already galvanized by resistance to SOPA, the federal attack on a major filesharing hub couldn’t have come at a worse time. As many as 7,000 hackers participated in the counter-attack, suggesting that the popular ire directed towards the sponsor of the SOPA legislation, the aforementioned Motion Picture and Recording Industry Associations, has lent strength to Anonymous.

This wasn’t the first confrontation between the FBI and the loose coalition of hacktivists, as many of the former leaders (although the group claims to be leaderless) were rounded up several months ago in a joint operation by law enforcement. The difference now is that, as the agenda of the entertainment industry and their influence over the legislative process has become increasingly transparent, fresh blood and increasing public support is infusing Anonymous with resources and a new sense of legitimacy. Long an ambiguous organization skirting the line between activist group and Internet prankster collective, Anonymous appears to be emerging from the decimation of its leadership with a new sense of purpose and as the vanguard party of a serious movement.

While Anonymous was taking a more direct approach, sites such as Wikipedia were quietly battling the bills. Wikipedia English was shut down the entire day on Jan. 18, while others like Google put information about the two bills on its main page. Around 4.5 million people, according to a recent report by Jenna Wortham of The New York Times, signed Google’s petition opposing the bills while thousands more phoned and wrote their representatives on the issue.

Amongst the outcry of Internet users, Mark Zuckerberg, the chief executive officer of Facebook, joined the fray and posted the following on his page according to the same report by Wortham: “The world today needs political leaders who are pro-Internet. We have been working with many of these folks for months on better alternatives to these current proposals.”

Zuckerberg is correct. In this digital age, it is hard to get away from the Internet—it is seemingly everywhere. With billions of people online, why try to hinder something that will just overgrow those hindrances like crab grass? A good deal of the issue is lost revenue for the content industry, but at the same time creativity, originality and individualism is at the risk of suffering a major blow.

Tensions grew and emotions flared as the confrontation wore on. Sen. Marco Rubio of Florida, a major sponsor of PIPA, withdrew his support, while other senators took to their Facebook pages, ironic considering Facebook would be a website regulated by these two bills. After the protests on Jan. 18, supporters of the bills began to back away from the legislation in its current form, saying they were going to do anything they could to make sure the targets are going to be pirates and not innocent bystanders.
For months the bills had been winding their way through the legislative process while maintaining a relatively low profile on the internet, but efforts to raise consciousness by the loose coalition of web-based enterprises succeeded in inspiring popular resistance to the bills on Jan. 18, the aforementioned “Internet blackout.” Unlike the Occupy Wall Street protest, which dragged on for months, the blackout was a historic event that, within a day, showed that the collective community of the Internet isn’t to be messed with.

The last decade has seen the entertainment industry reveal its true colors as a decrepit and unnecessary appendage, sponsoring increasingly nefarious legislation and generally stunting the free creation of cultural products as it attempts to turn back the clock on the digital age. In this, they have found common ground with an interested segment of law enforcement and government that, in response to organizations like Wikileaks, continually seek to arrest the free and open character of the Internet in the interest of “national security.” This is hardly surprising, as modern governments are loath to surrender their influence over the channels of information that inform their societies, for obvious reasons.

Even if the bills somehow make it into law–which doesn’t seem plausible after the domino effect of senators renouncing their support for the bills–piracy isn’t going to stop. People will find ways to get their music and movies. This isn’t a battle-cry to go out and become an online pirate, but sharing user generated content is at stake as well. Creative videos that are great displays of talent can be lost just because a segment of a song is used by a well known recording artist.

As the dust settles, it seems that the SOPA legislation and the seizure of MegaUpload, apart from solidifying opposition to Internet censorship, have accomplished nothing but humiliating failure for their sponsors. The entertainment industry has, by transparently attempting to short-circuit the ostensibly democratic legislative process for its own ends, revealed itself as an indisputable enemy of a free and open society. Law enforcement, specifically the FBI, has come down on the side of special interest once again – and has earned the skepticism and mistrust of the wider virtual community. These bills have a “shoot first and ask questions later” mentality, and government shouldn’t even be involved with trying to regulate the Internet, which by its very nature evolves so quickly that as soon as a law is in place, it is out of date.