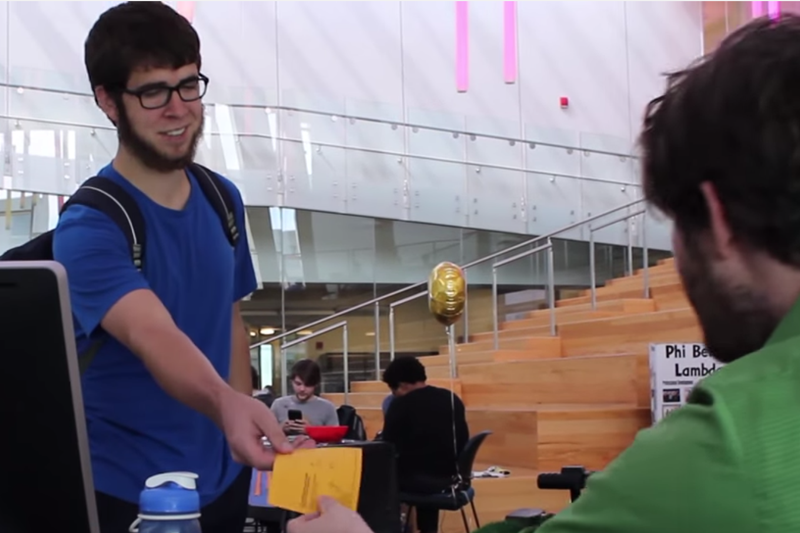 Griffin Hall hosted Info-Expo, an event aimed at getting students involved with organizations based in the College of Informatics, on Sept. 22 and 23.

Several organizations, such as Norse Code Radio and MINjas, had booths in the common area.

The goal of the event was to inform students about what the organizations do. As per usual with college events, there were free items including food, candy and Google socks, which were courtesy of NKU’s own Google liaison.

Organization participants saw an impressive turnout. Some groups boasted an increase of student involvement as big as ten times as what they had in previous years.