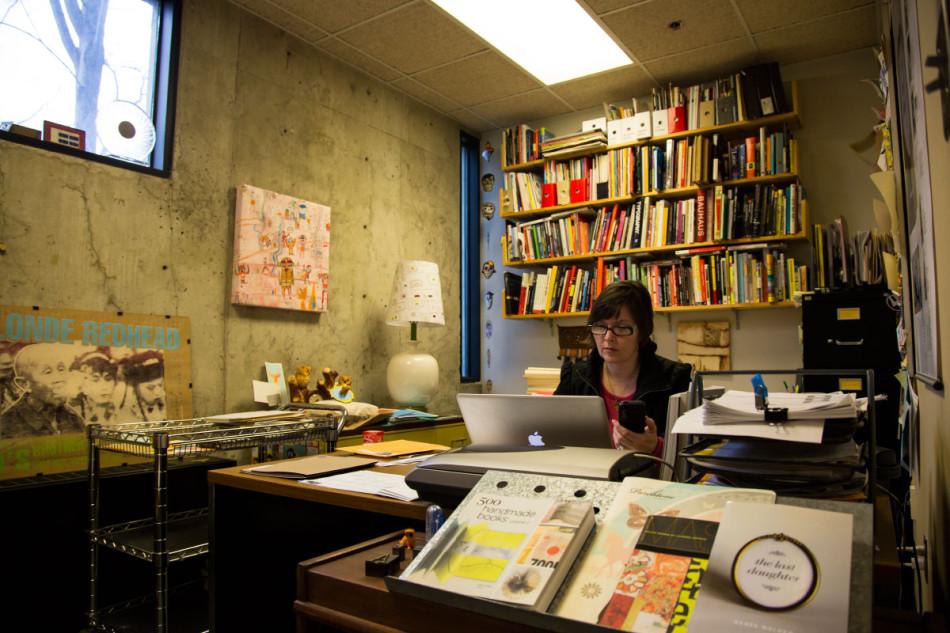 Julie Mader-Meersman, a visual communications design professor, said the changes are a constant in the field, and that this new wave all began simply with the invention of the desktop computer, and in recent years have hit a new level.

“There’s always an engagement of what is technologically possible for designers and artists to experiment,” Mader-Meersman said.

Currently, design is experiencing an extremely impactful change, according to Mader-Meersman. She called the current phase of change a new “technological landscape,” and said the most important tool for a designer today is the entire Adobe realm and the countless tools they offer.

“The convenience that comes from being able to create real-time designs that can engage is phenomenal,” Mader-Meersman said.

She believes the changes have caused the designer to become even closer to the making process. Also changes have allowed for designers to reach their audiences at a more rapid pace. Some of the technology and tools are so new that designers have yet to experiment enough to discover what’s possible.

“Really, it’s still in the magical phase, you sort of can’t believe this is happening and taking place which is fascinating,” Mader-Meersman said.

She said that while the changes have made design more impactful than before, it’s also added on new layers to what a student must learn and to what she must teach in the classroom.

“It’s about marrying practice and theory together more intensely in these emerging media zones, and is a very important aspect in the process now,” Mader-Meersman said.

She states that the key is to set up exercises in the classroom that model actual experience, and that it’s more about doing than just observing.

“You have to engage the opportunities it offers instead of clinging to old methods or trying to use old models to fit new things,” Mader-Meersman said.

She believes that to students, it’s all new anyways.

Mader-Meersman sees the current changes as an exciting time. The opportunity in design that comes from mobile devices and larger touch face devices are making it a new world with more options than before.

“It’s a constantly evolving influence that designers seize the opportunity to understand, engage in, and push on the boundaries of design,” Mader-Meersman said.