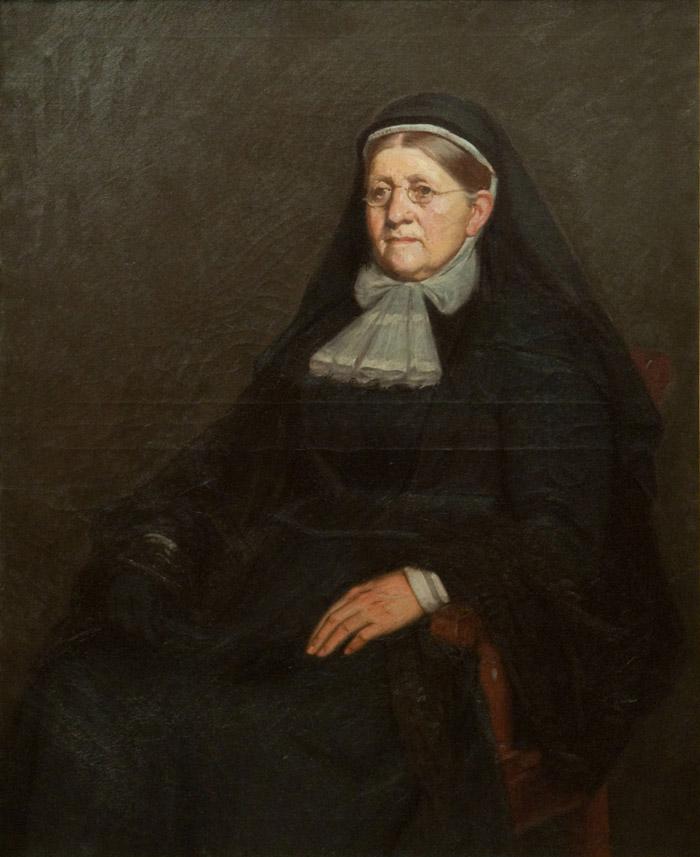 The Schlachter Archives, housed within Northern Kentucky University’s Steely Library, has a sampling of Frank Duveneck’s paintings on display through Nov. 21. The exhibit has a collection of 15 works attributed to Frank Duveneck, along with several other pieces relating to the artist, including a desk owned by Duveneck, a sketch by Dixie Seldon (one of his favorite pupils) and a bas-relief sculpture of the artist by David Golden (NKU graduate). ‘It was a rare opportunity to be able to be around such a great grouping of paintings by such a major artist,’ says David Knight, gallery director at NKU, who arranged and hung the pieces. The highlighted piece, Portrait of the Artist’s Mother, was recently cleaned and restored through a donation from The Christopher Gist Historical Society, who originally donated the painting in 1977. A committee composed of members from the community and the university selected and petitioned for the other pieces that would be put on display. NKU and the Kenton County Library own many of the paintings, but five are on loan from private collections. Lois Hamill, university archivist, says NKU has ‘the community in mind by trying to make yet another cultural opportunity available to them.’ Frank Duveneck was born in Covington, KY in 1848. One of his most notable paintings, The Whistling Boy, is housed at the Cincinnati Art Museum. He studied in Munich, Germany, but later returned to Covington to teach at the art museum and the Art Academy of Cincinnati. Duveneck died in 1919 after being awarded an honorary doctorate by the University of Cincinnati. According to a presentation given by Dr. Kimberly Allen-Kattus, associate professor of Art at NKU, ‘(Duveneck) was significant regionally and nationally as an artist and as an outstanding educator. [He] portrayed the ordinary person’hellip;[and] truly reflects American political ideals as well as his own working class immigrant background.’ Marcia Johnson, a fan of Duveneck who lived in the same neighborhood —– at a different time – appreciates his work. ‘I had to come and represent Covington and the same neighborhood from where both I and Frank Duveneck are from,’ Johnson said. ‘The beautiful paintings are just as fresh today and appealing as they were over a century ago.’