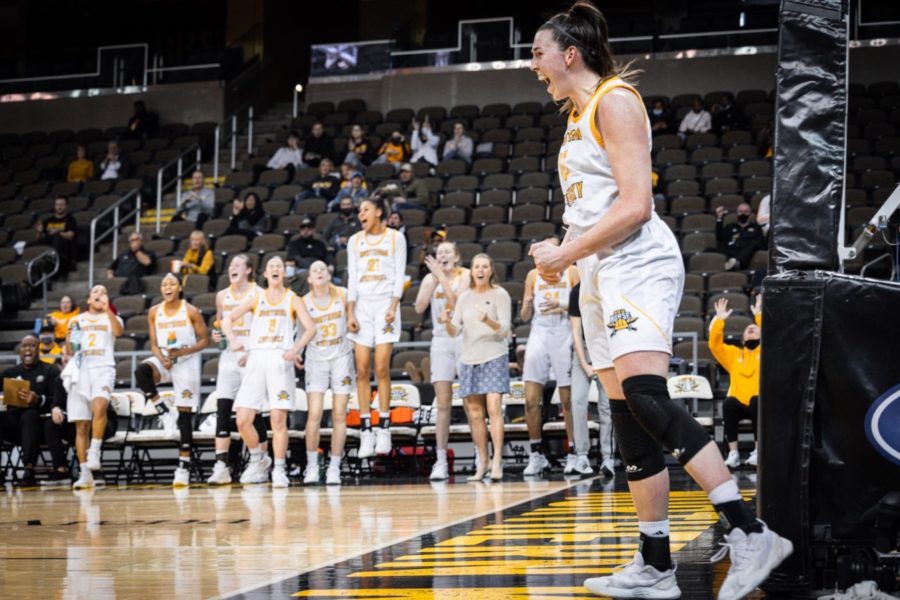 NKU forward Grayson Rose and the NKU bench celebrate during the Norse win over Detroit Mercy.