The 2021 season officially ended on Sunday night, but the Bengals have the pieces to make a return to the Super Bowl 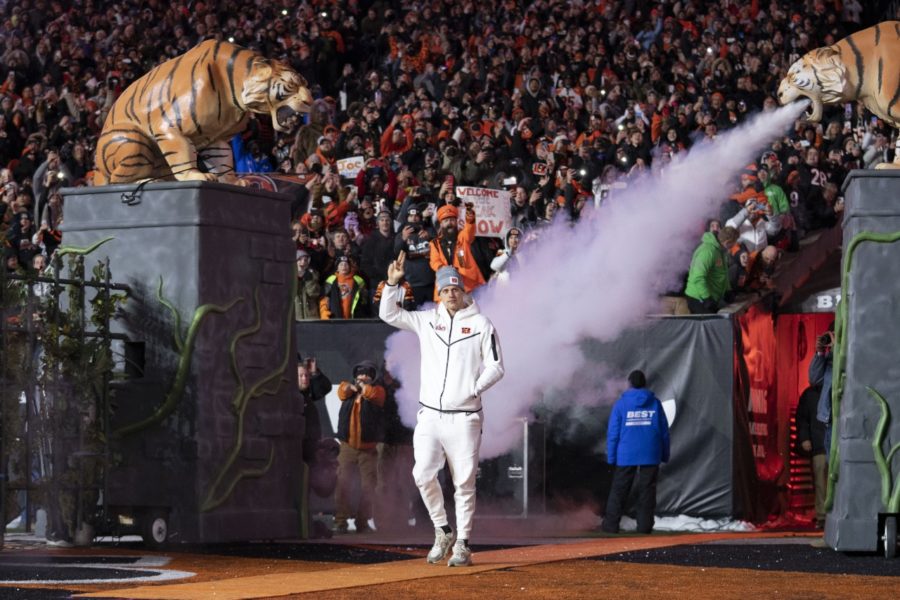 It was an unforgettable season for the 2021 Cincinnati Bengals. A season that saw the team win the AFC North division, snap their 31-year playoff win drought, and advance to their first Super Bowl since 1989.

But the Bengals were not able to achieve the ultimate reward for such a marvelous campaign on Sunday night, losing to the Los Angeles Rams 23-20 in Super Bowl LVI.

After grabbing a 17-13 lead with the first play of the third quarter, the Bengals held that advantage until the 1:25 mark in the fourth quarter. Alas, that lead would not hold, as the Rams marched down the field and took the lead, sealing their championship victory and breaking the hearts of Bengals fans in Cincinnati and across the world.

After an opening possession in which the Bengals were able to neutralize the Rams, it was Los Angeles and quarterback Matthew Stafford that got off to a hot start.

After a turnover on downs from Cincinnati on their first possession, Stafford led the Rams down the field for a six-play, 50-yard touchdown drive, culminating in a 17-yard strike to wide receiver Odell Beckham Jr. for the early 7-0 lead.

Later in the first quarter, the Bengals picked up their first explosive play of the evening, as Burrow dropped back and unloaded a 46-yard pass down the sideline to wide receiver Ja’Marr Chase, who made an extraordinary one-handed grab with Rams star cornerback Jalen Ramsey defending him, setting the Bengals up at the Los Angeles 11 yard-line with an excellent chance to cash in on their first touchdown.

Chase, who was named the NFL Offensive Rookie of the Year on Thursday night, finished the game with five catches for 89 yards.

Unfortunately for the Bengals, that excellent field position would be squandered, as three consecutive incomplete passes set up an Evan McPherson field goal, trimming the lead to 7-3.

Touchdowns would follow on the ensuing two possessions, one for either team. For the Rams, a six-play, 75-yard drive was capped off by a Cooper Kupp touchdown at the beginning of the second quarter. The Rams botched the extra point attempt following the score however, increasing their lead to only 13-3.

The Bengals would follow with a 75-yard touchdown drive of their own, ending with an unlikely touchdown pass on second and goal from the Rams’ six-yard line. With 5:47 remaining until halftime, Burrow handed off to running back Joe Mixon who took several steps to his right and fired a pass to the back of the end zone, hitting wide receiver Tee Higgins for a Bengals touchdown, trimming the lead to 14-10.

With the Rams driving on the next series, Stafford and the offense faced a 3rd-and-14 from the Cincinnati 43. Pressured in the pocket, Stafford rolled out to his left and attempted a deep pass to the end zone intended for wide receiver Van Jefferson. Instead, it was Bengals safety Jessie Bates III that made a play on it, intercepting Stafford and keeping the score 13-10 into halftime.

After a halftime performance from a variety of hip hop artists including Snoop Dogg, Eminem, Mary J. Blige and Kendrick Lamar, the Bengals got the second half started with a bang as Burrow connected with Higgins for an incredible 75-yard touchdown pass, putting the Bengals in front for the first time.

On the next drive, Bengals cornerback Chidobe Awuzie intercepted Stafford on the Rams’ first play from scrimmage, putting the ball right back in the hands of Burrow as the momentum began to shift toward the Cincinnati side.

The Bengals would settle for a field goal on their next drive that began in Rams’ territory, making it 20-13 Cincinnati. The Rams would follow with a 10-play, 52-yard drive ending in a field goal by kicker Matt Gay to trim the lead back to four as the fourth quarter approached.

Seven consecutive punts, four by Cincinnati and three by Los Angeles followed, as the Bengals offensive line in particular struggled to protect Burrow in the second half. That set up the final scoring drive of the evening and the touchdown pass that will go down as one of the best in Rams’ history.

As a methodical drive by the Rams continued into the final minutes, a defensive holding call on Bengals linebacker Logan Wilson set the Rams up with first a first down near the goal line with just over one minute remaining. From there, Rams quarterback Matthew Stafford found wide receiver Cooper Kupp for a one-yard touchdown strike, pushing the Rams ahead 23-20.

The Bengals and Burrow got the ball back for one last shot to either tie or win the game but were unable to capitalize. Faced with a fourth-and-one at the Los Angeles 49, Burrow’s pass under pressure fell incomplete to running back Samaje Perine, sealing the Rams’ second Super Bowl championship in franchise history.

Kupp’s final catch of the night, the one-yard go-ahead touchdown, gave him eight receptions for 92 yards and two touchdowns. After the game, Kupp was presented with the Super Bowl MVP award, given to the player with the best performance during the game.

After a slow start in the opening quarter, Burrow rebounded nicely for the Bengals, completing 22 of 33 passes for 263 yards, one touchdown and no interceptions. It is almost incredible that Burrow was able to have the statistical line that he did considering the constant duress that he was under, as the second-year signal caller took seven sacks on the night.

Rams defensive tackle Aaron Donald and outside linebacker Von Miller led the charge with two sacks apiece, while Ernest Jones, A’Shawn Robinson and Leonard Floyd each picked up one.

Mixon finished the night with 72 yards on 15 carries, while also hauling in five receptions for one yard. Higgins led the way for the Bengals in receiving with four catches for 100 yards, while Chase added 98 yards on five catches and wide receiver Tyler Boyd had five catches for 48 yards.

For Los Angeles, Stafford’s two interceptions did not ultimately come back to burn them, as the veteran quarterback completed 26 of 40 passes for 283 yards and three touchdowns, including two to Kupp. Beckham Jr., who left the game in the second quarter with a knee injury and did not return, tallied two receptions for 52 yards and a touchdown. Cincinnati did an excellent job of shutting down the Rams’ running game, limiting the Rams to 43 yards on 22 carries.

What’s next for the Bengals?

No question about it, from the Bengals’ perspective this hurts. A lot. Sure, not many people expected the Bengals to be in this position at the beginning of the season, and to some extent, that made Sunday a joyous occasion no matter the outcome.

But to get so agonizingly close to the final prize, only for the lead to be snatched away in the final minutes is a painful, heartbreaking ending for players, coaches, fans and the city of Cincinnati as they continue waiting for the first ever Super Bowl championship.

The magical 2021 season is over, but the Bengals could just be getting started. Cincinnati figures to return almost everyone from one of the most explosive offenses in the sport, headlined by Burrow, Chase, Mixon and Higgins. On defense, Cincinnati retains its two best edge rushers in Trey Hendrickson and Hubbard, several talented linebackers in Wilson and Pratt, and multiple members of the secondary, including Awuzie and safety Vonn Bell, as well as Bates who will need to work out a new deal with the team or potentially play the 2022 season under the franchise tag.

Bottom line: this loss will sting for a long time, but the future remains very bright in Cincinnati. 2021 laid the groundwork for the long-term goals that the Bengals have with the core group of players, and as the season comes to a close, albeit in an emotional way, those goals have not changed.

The 2021 Cincinnati Bengals provided the city with entertainment, joy and most of all, hope. With Burrow and young head coach Zac Taylor at the reins and a slew of talented playmakers around the field, this may be just the beginning for the city and for the franchise.

For one final time in this remarkable season: Who Dey.