How our staff sees Sunday’s game playing out 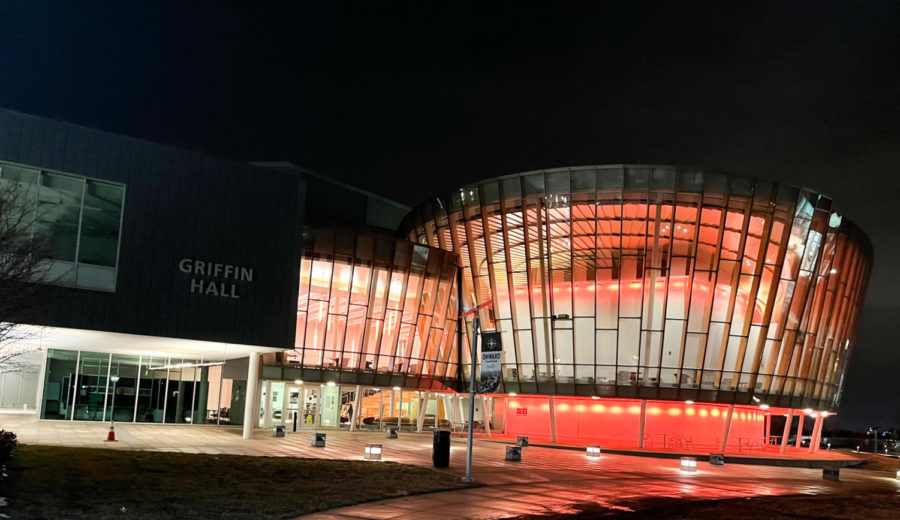 The outside of Griffin Hall lit up orange in honor of the Cincinnati Bengals playing in the Super Bowl on Sunday.

On Sunday, the Cincinnati Bengals will play the Los Angeles Rams in their first Super Bowl appearance since 1989. After going 4-11-1 in 2020, the Bengals and star quarterback Joe Burrow have enjoyed a remarkable turnaround this season, finishing 10-7 in the regular season and winning the AFC North Division title.

When the playoffs arrived, the Bengals found yet another gear, defeating the Las Vegas Raiders in the Wild Card round for their first playoff win in 31 seasons. Next, the Bengals went on the road to Nashville, defeating the number-one seeded Tennessee Titans on a game-winning Evan McPherson field goal to advance to the AFC Championship Game.

Their reward for achieving such a magnificent victory? A trip to Kansas City to play a juggernaut Chiefs team, and superstar quarterback Patrick Mahomes playing in his fourth consecutive AFC Championship Game. Down 21-3 at one point in the first half, the Bengals once again showed that this team is different than previous years, mounting a furious comeback and eventually defeating the Chiefs 27-24 in overtime to advance to the NFL’s biggest event of the season, the Super Bowl.

The last time the Bengals achieved such high glory in 1989, none of our student staff members had even been born yet.

But as the game approaches and excitement continues to mount in and around the city of Cincinnati, we at The Northerner are going to share our predictions for how the game will unfold, and whether or not the Bengals will hoist their first championship trophy in franchise history, putting the finishing touches on a truly remarkable campaign.

“My heart says “Who Dey”, but my head thinks the luck and late-game heroics from the Bengals’ three previous playoff wins runs out. Los Angeles defensive linemen Aaron Donald and Von Miller will give a shaky Bengals’ offensive line problems. Cincinnati has weapons aplenty of offense, but so do the Rams in Cooper Kupp, Odell Beckham Jr. and Cam Akers. At the quarterback position, there’s Joe Burrow, an Ohio kid who absolutely has the skill to perform on the big stage, facing off against Matthew Stafford, a feel-good story who made three playoff appearances with the Detroit Lions, but never made it past the divisional round. A key to victory for each side:

Can the Cincinnati offensive line protect Burrow?
Will Stafford make the right decisions to keep the Rams’ offense on the field?

Yes, I picked the Rams to win, but I so dearly hope the Bengals prove me wrong.” -Brendan Connelly

“The Rams present a serious challenge to the Bengals on Sunday. Los Angeles has a brilliant head coach in Sean McVay, the best wide receiver in the game in Cooper Kupp, a veteran quarterback with a big arm in Matthew Stafford and a star-studded defense led by Aaron Donald and Jalen Ramsey. Not to mention the game will be played in the Rams’ home stadium in Los Angeles.

The Rams are favored by the oddsmakers, and they do in fact have a very talented squad capable of hoisting the Lombardi Trophy in their home city on Sunday night.

But the Bengals almost feel like a team of destiny, led by a quarterback that has completely changed the culture in Cincinnati. With two high-powered offenses, this game could come down to whichever quarterback can make a play late in the fourth quarter. In that situation, give me Burrow over Stafford. The Bengals get it done as Burrow cements his status as a legend in Cincinnati sports history.” -Matthew Dietz