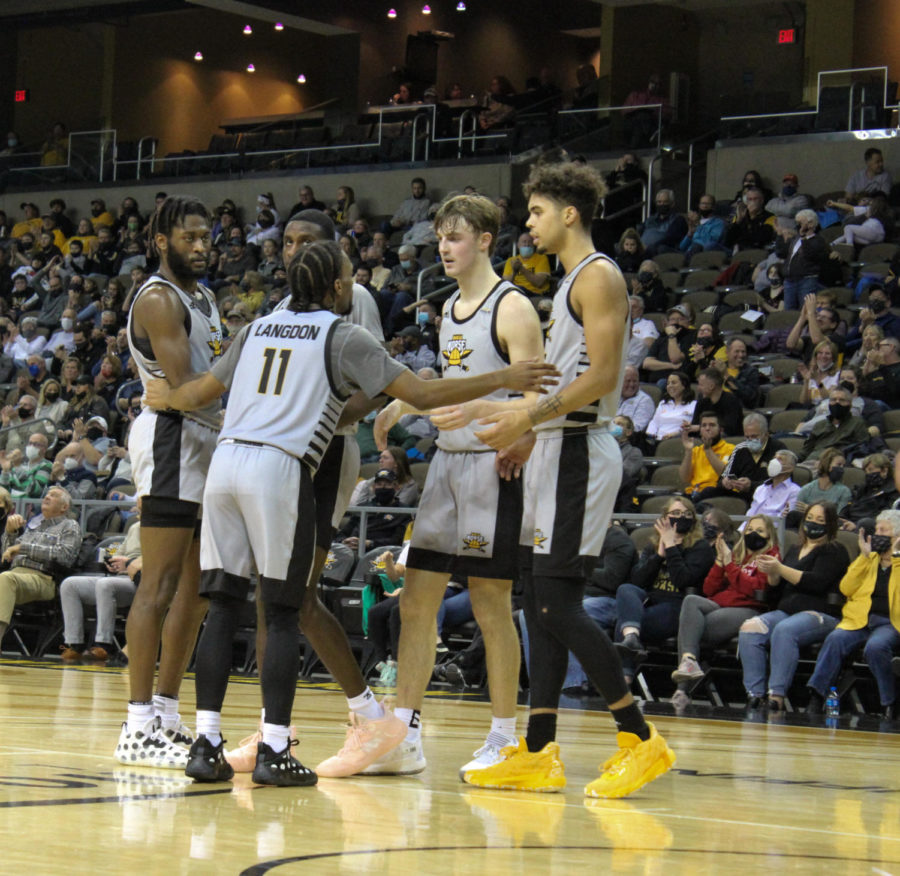 The beginning of 2022 saw the script of “the tale of two halves,” as head coach Darrin Horn has referred to it in the past, being flipped in the Norse men’s basketball team’s 61-55 loss to Horizon League rival Milwaukee.

Following a back-and-forth first four and a half minutes, Sam Vinson knocked down a three-pointer that would give NKU a 5-4 lead that they wouldn’t relinquish for the rest of the half. The three-time Horizon League Freshman of the Week would lead the scoring despite running into foul trouble early, putting up 13 and knocking down three of his four three-point shots in the process.

Despite missing senior forward Adrian Nelson, Chris Brandon filled the gap with a second consecutive start, contributing eight total points, all coming in the first half. His impact on the game would be felt immensely at the 14:07 mark when he jammed an alley-oop dunk that would firmly place the momentum in the Norse’s favor. Horn discussed the impact that Brandon has made in Nelson’s absence.

“Chris gives us quite a bit of an athletic pop and presence that we don’t have otherwise,” Horn said. “He’s really taken advantage of the extended minutes and has done some really good things these past two games.”

The Panthers would make a run at a back-and-forth affair for most of the rest of the half, cutting the Norse lead down to three with 3:53 remaining, but Vinson’s shooting performance and a strong eight-point, three-rebound half by Trevon Faulkner would push them on top by a score of 37-23 at the break.

However, as Coach Horn would put it in the post-game press conference, it was like a switch was flipped in the second half offensively, leading to a trickle-down effect on defense. After another Vinson three to lead off the second, the success the Norse found offensively in the first half was nowhere to be seen in the second, as they shot a mere 19 percent from the field.

Milwaukee would capitalize on this with an 8-3 run through the next few minutes. Despite missing star freshman Patrick Baldwin Jr. due to COVID-19, guards Vin Baker Jr. and DeAndre Gholston would spark the Panthers’ offense by dropping 14 points apiece, with key contributions on both sides of the ball also coming from Donovan Newby. The Panthers would take a 53-52 lead with a little over three minutes to play following an 8-0 run.

“We just weren’t hitting shots and we weren’t getting stops on defense,” Vinson said of the team’s second half struggles.”Transition’s a big part of our game, so we should be doing a lot better on defense.”

Sophomore guard Marques Warrick, would put up a three pointer that brought the Norse back within three points of the lead with 59 seconds remaining, but a steal by Newby with 32 seconds left and free throws by Baker Jr. and Jordan Lathon dashed any hopes of a comeback.

“In losses, our defensive competitiveness has led us to letting games go,” Warrick said. “We know what we have to do, it’s just about doing it and competing.”

The Norse continue their Horizon League slate and look to bounce back against the IUPUI Jaguars on Thursday, Jan. 6. The game can be seen on ESPN+ or can be listened to on ESPN1530.