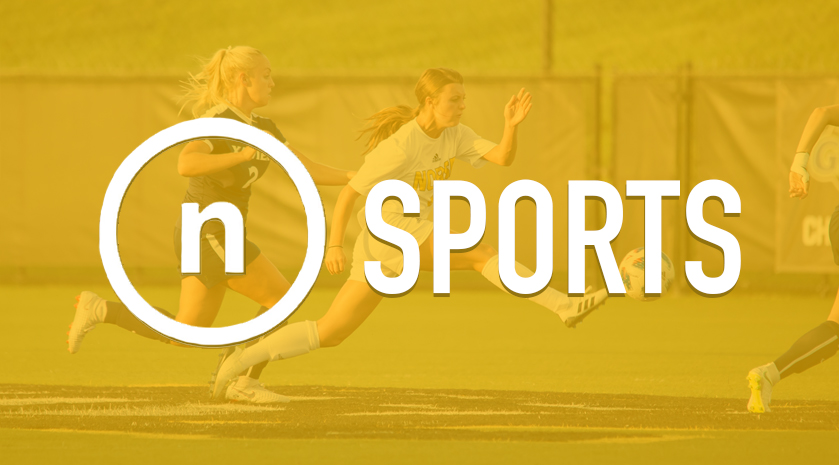 With the draw, NKU now holds a record of 1-1-1 through their first three matches. Oakland is now 1-2-1 following Wednesday’s outcome.

The scoring got started early for the Golden Grizzlies on Wednesday. Just under nine minutes into the contest, Oakland junior Sophie Wilsey took a pass off a corner kick, and headed it into the net, pushing Oakland ahead 1-0.

“We spend a lot of time on restarts and obviously that was disappointing to us, but Oakland did a nice job in finishing that chance off,” Head Coach Bob Sheehan said about Wilsey’s scoring play.

From there, the first half became a slow-paced affair, as neither team was able to register many open looks at the goal. After Wilsey’s goal early on, the Golden Grizzlies recorded only one more shot on the goal for the rest of the half.

Going into halftime, the Norse trailed 1-0, and had several shots that had a chance of making their way into the goal, but came up short.

“I think we got to do a better job with a little more composure in the box, but that will come, we have a young team,” Sheehan said. “This is a team that I think can be a really special group, and we’re just going to keep working with the group and I know they’re going to keep working.”

Those missed opportunities changed in the second half, as the Norse were able to push the ball into Oakland territory with much better efficiency, eventually setting up freshman midfielder Sofia Wilmes to have a shot on the goal.

In the 63rd minute, Wilmes took a pass from sophomore forward Lindsey Meyer, and sent it into the lower left pocket of the goal, evening the score at one apiece.

“We did well of pressing as a team, and I took the shot, we were all there for it, it was a team effort,” Wilmes said about her goal.

The Norse were able to land a few more open opportunities at the goal, including another by Wilmes, and one by junior forward Kiley Keehan, but none of the shots were able to find the back of the net.

“We switched up in the second half, our players did a really good job of making an adjustment,” Sheehan said.

That scoring struggle, combined with the Norse only allowing the Golden Grizzlies one shot in the second half, led to a tie after the first 90 minutes, stretching the match to overtime.

In the first overtime, the Norse pushed the ball aggressively on the Oakland defense, but were unable to come up with a goal to end the game, allowing Oakland to accumulate too much time with the ball.

“I think we need to do a much better job in possession, we gave the ball away quite a bit, and obviously that’s something we will look forward to improving in the future, as well,” Sheehan said.

Up next, the Norse will hit the road and travel to Green Bay, where the team will meet the Green Bay Phoenix for a Wednesday afternoon match on March 3. The match is scheduled to kick off at 2:00 p.m. ET.