“We want to advance.” 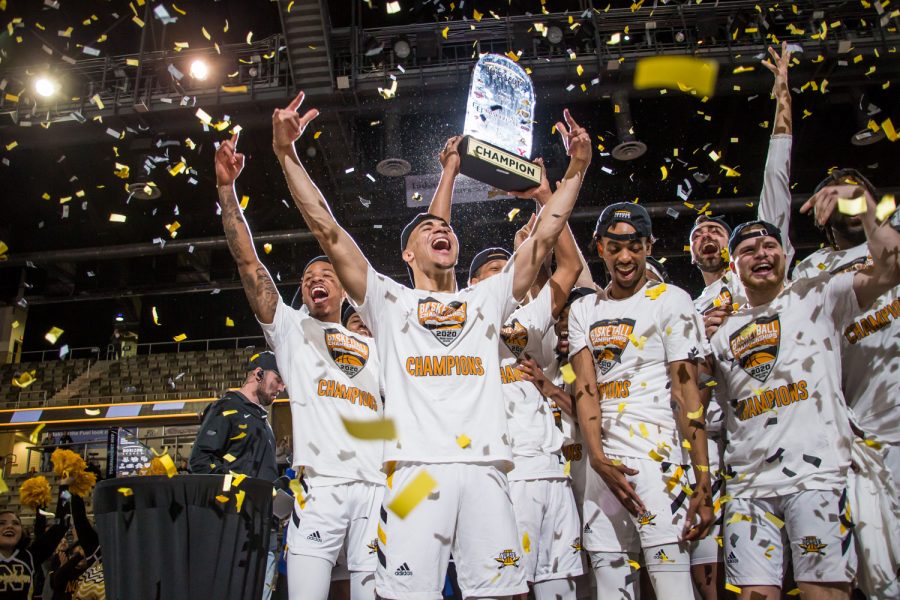 NKU players celebrate on stage moments after their 71-62 win over UIC. With the win the Norse secure a spot in the NCAA Tournament.

NKU defeated the UIC Flames 71-62 in the 2020 Horizon League Championship game Tuesday night. The Norse will go onto their third NCCA Tournament appearance in NKU’s Division I history.

Tate was named the 2020 Horizon League Most Valuable Player.

“It feels great to get [Coach Horn] back to the [NCAA] tournament,” Sharpe said. “I was pretty excited when we hired him because I knew he had been there and also, one as a player and coach. So that’s something that we want to do now. We’re not satisfied with just making it into the tournament. We want to advance.”