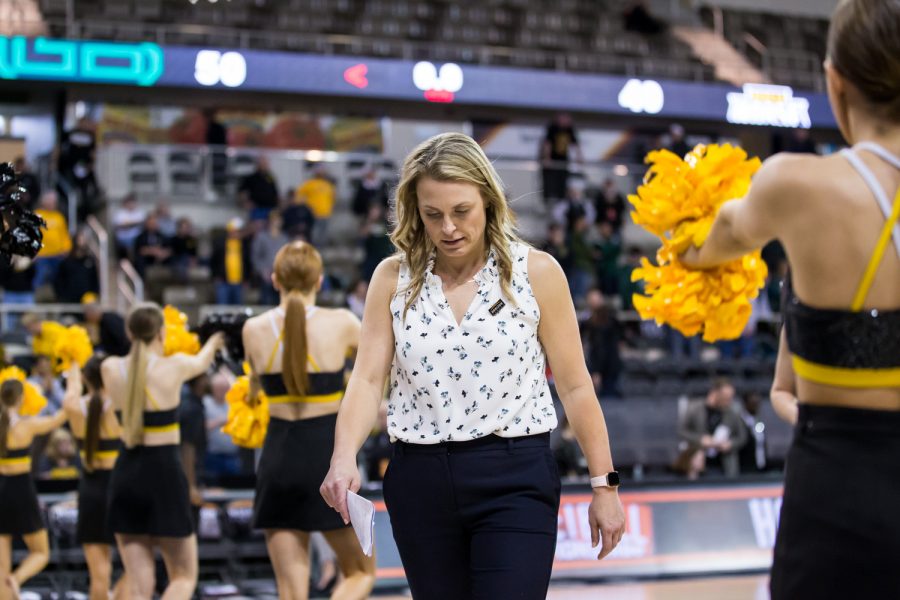 NKU women’s basketball team put on a show at Indiana Farmers Coliseum Monday afternoon. The Norse end their season 20-12 after falling to the Green Bay Phoenix 50-49 in the Horizon League semifinals. This seasons series against the Phoenix ending 1-2.

The game started off slow paced, Glick opening up the game with a 3-point basket. The Norse continued to remain in the lead, both teams playing physical defense. With not much luck scoring for either team the quarter ended with NKU up 11-9. The second quarter started with a Green Bay 3-pointer to put them up freshman guard Ivy Turner answers back with a 3-pointer. The teams then have a series of ties, 14-14, 17-17 then Green Bay pulled ahead ending the last two minutes of the quarter a 7-0 run. The Norse end the half down 28-19.

After the half Glick opens the game up once again with a 3-pointer, the Norse begin closing the gap with a layup in the paint from sophomore point guard Taylor Clos, followed by a Niece post move in the paint. Green Bay pulls away again, ending the quarter up six, 31-37. The Phoenix start the fourth quarter on a roll, pushing the deficit out to 10 points for NKU.

Once the game clock boiled down to four minutes the Norse began their 11-0 run, with a free throw from Niece NKU was up 47-46. With 0.10 seconds left and NKU down 48-47, NKU inbounded the ball to Turner, who brought the ball down the court and scored off a floater with 0.06 left. Green Bay called a timeout to regroup and out of the timeout and Green Bay layed it in with 0.03. Turner tries again from half-court but to no avail, the shot misses. Green Bay takes home the win, 50-49.

Despite the loss in the Horizon League some records were made for the Norse. This season being the teams first 20-win season during the Divsion I era. Glick finishing her career with 1,262 points tying for 18th all time, and finishing third in program history for scoring 210 3-point baskets.