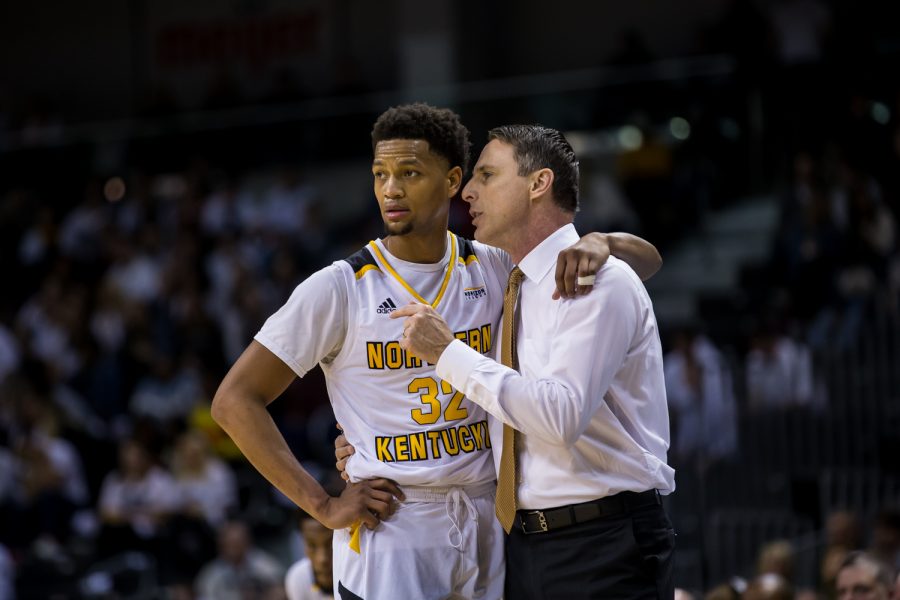 Dantez Walton (32) talks with Men's Basketball Head Coach Darrin Horn during a free throw during the game against Wright State. The Norse fell to Wright State 64-62 during the final home game of the season.