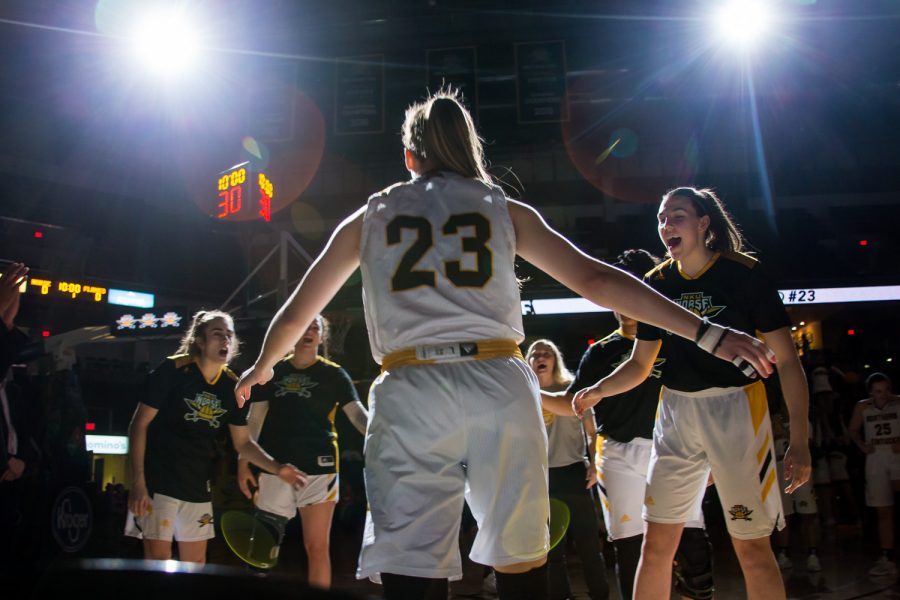 Kailey Coffey (23) is introduced before the game against UIC. The Norse defeated UIC 78 to 35.

The Norse advance to 15-10 overall and 9-5 in the Horizon League after taking down UIC Flames Thursday night at BB&T Arena. Freshman guard Carissa Garcia led the Norse in their 43 point victory with 20 points, shooting 4-of-7 from the 3-point line. Sophomore point guard Ally Niece followed with 13 points shooting 5-of-11 from the field and adding six assists. Freshman point guard Ivy Turner rounded out the Norse in double digits with 12, sinking two 3-point baskets to add to the score. Junior forward Kailey Coffey dominated the boards with 13, seven of them being offensive.