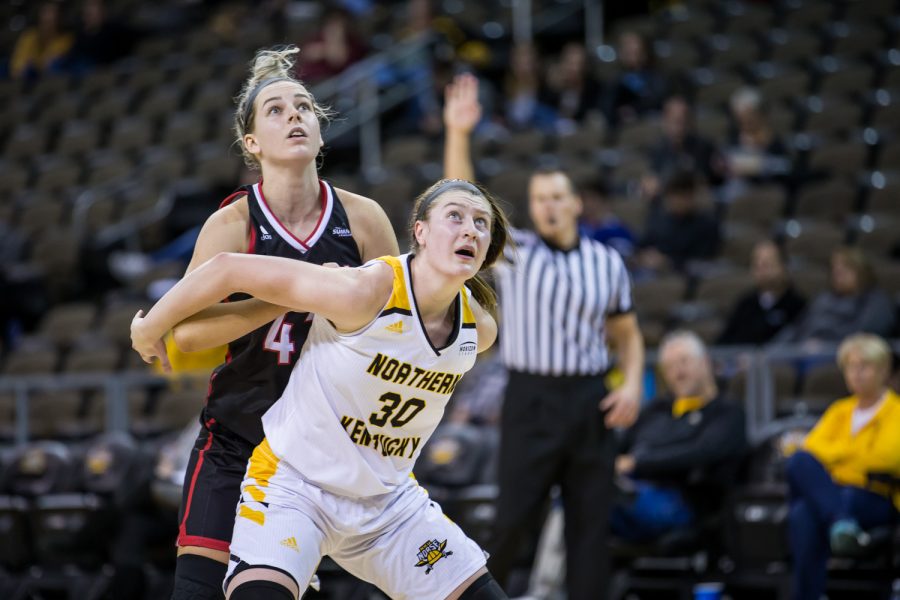 Emmy Souder (30) fights to get a rebound during the game against the University of Nebraska at Omaha. Souder had 5 rebounds on the game and 1 steal.

NKU women’s basketball fell to Cleveland State 73-68 Saturday afternoon at BB&T Arena. In the conference the Norse are now 2-2 and have an overall record of 8-7. Sophomore forward Emmy Souder and Sophomore point guard each led with 18 points apiece. Sophomore point guard Ally Niece followed with 11 points, shooting from 50 percent at the 3-point line. Junior center Grayson Rose had 17 rebounds from the boards.