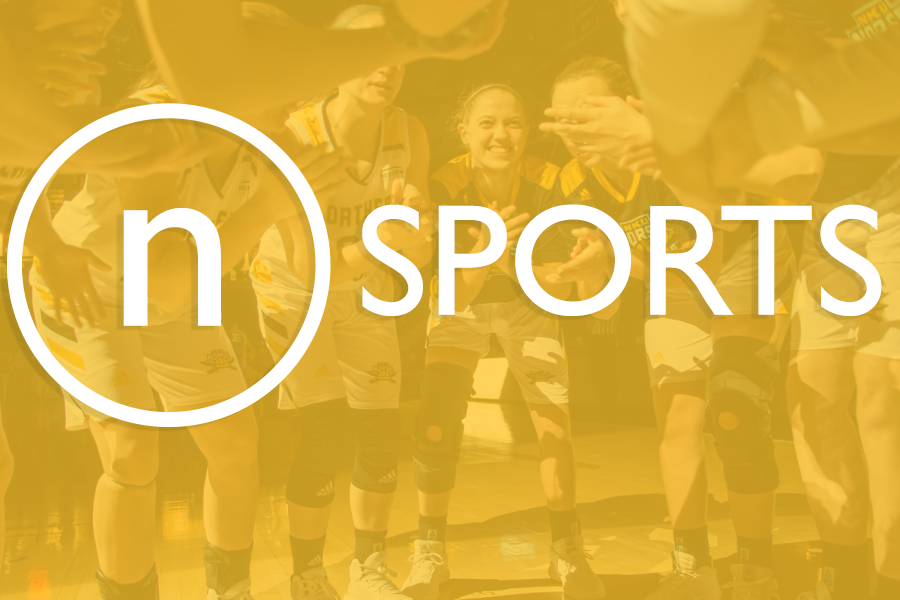 The Norse end their nonconference record at 6-5 in an 80-72 win against the Wofford College Terriers Friday night. Four Norse scored in double digits.

Sophomore point guard Ally Niece led with 20 points and led in assists with four. Freshman guard Carissa Garcia had 17 points, shooting 3-of-4 from the 3-point line. Followed by redshirt senior guard Molly Glick with 16 points. Junior forward Kailey Coffey round out the Norse with 11 points and nine rebounds.

Wofford started off the game dominating with a 6-2 run. Glick hit a 3-pointer to bring the Norse back within one point. Garcia goes on to hit back-to-back layups to tie the game 14-14. Niece hit a three to take the first lead for NKU. Wofford took another run, but Garcia answered back with back-to-back 3-point baskets to end the quarter down, 27-23.

“We knew we were going to have our hands full with defending [Chloe Wanink and Da’Ja Green of Wofford],” Head coach Camryn Whitaker said.  “And our goal was just to hold them under their average to really make everything that they did difficult.”

The Norse came back in the second quarter with a 13 point run. Niece started the run with a 3-pointer, freshman forward Tayah Irvin had a defensive steal and a basket and followed it with another layup. The Norse continue to keep the lead and end the half 45-42.

“Once you start getting stops, I think that helped us run in transition,” Garcia said. “and just you know, attack more on offense. I think that’s kind of what led to this and then the confidence.”

At the half Garcia, Glick and Niece had two 3-pointers each. The team as a whole shot 66.7 percent from behind the arc. From the field the team shot 60.7 percent.

Glick opened the second half with a layup and the Norse continue to keep control of the lead. NKU gained their largest lead of 13 points at 59-46 and stay ahead of the remainder of the game. NKU ended their nonconference stint 80-72.

For the game the Norse took over the rebound game 46-35. The Norse shot 51.8 percent from the field and 42.9 percent from behind the arc. In the paint the game was evenly matched with 36 points.

“Coming off winning six of our last seven games it’s great momentum for our team,” Niece said. “We’re confident in ourselves, which is super good and it’s nice to get this little break before we start up conference.”

The Norse start conference play Saturday, Dec. 28 against the Green Bay Phoenix. The game will be broadcast on ESPN3 at 2 p.m. ET.