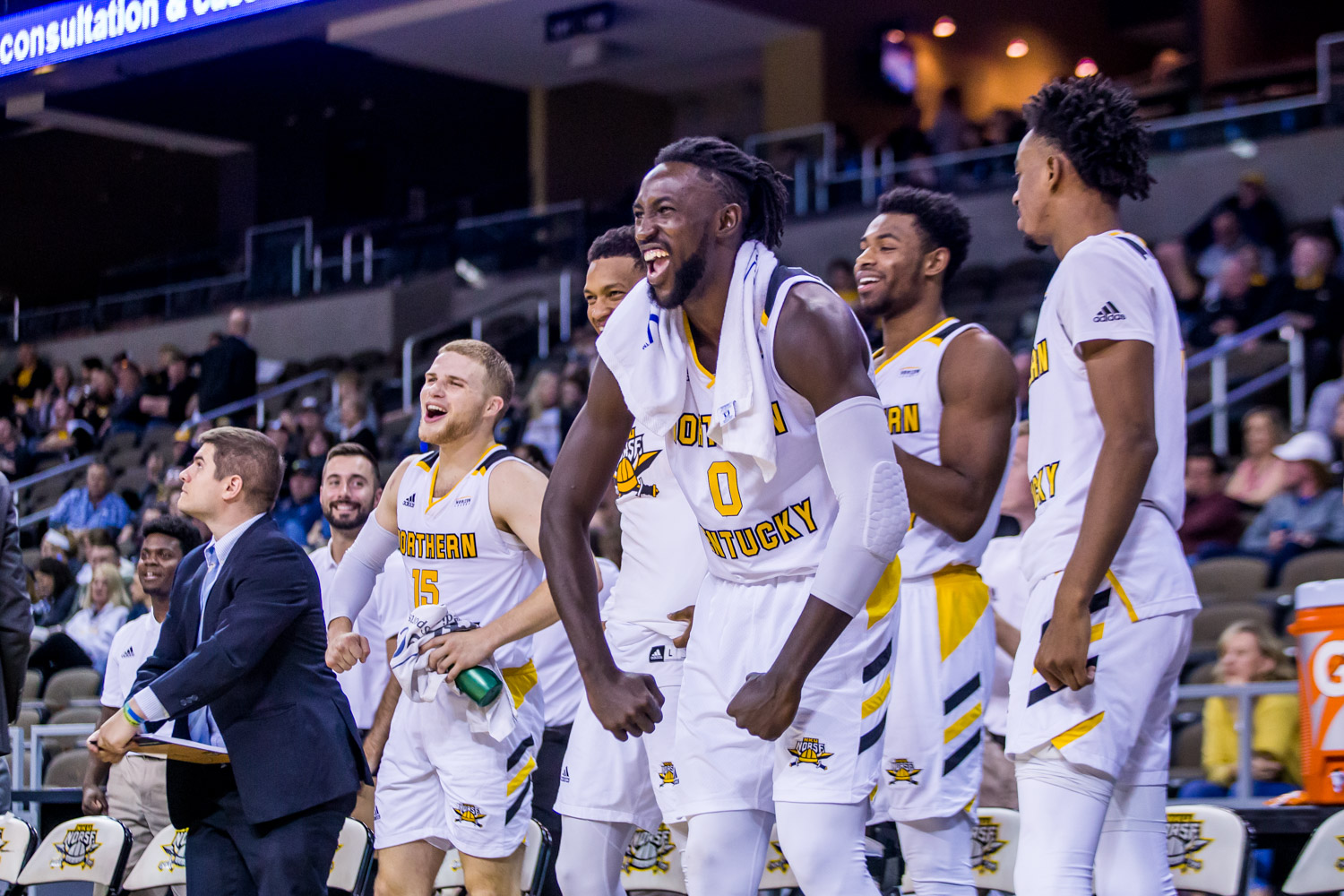 NKU players reacts after a score by the Norse during the game against UC Clermont. The Norse defeated UC Clermont 55-105. (Colin Johnson) 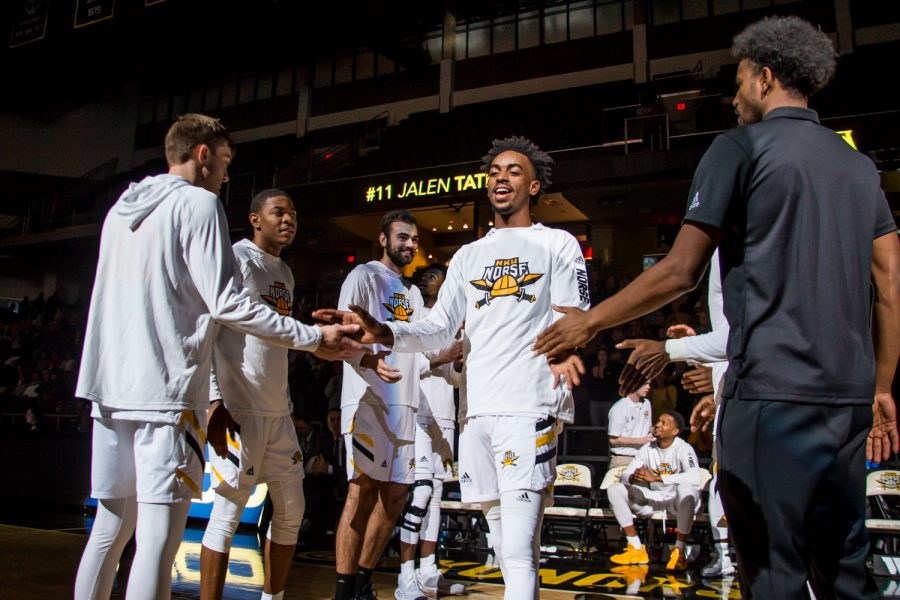