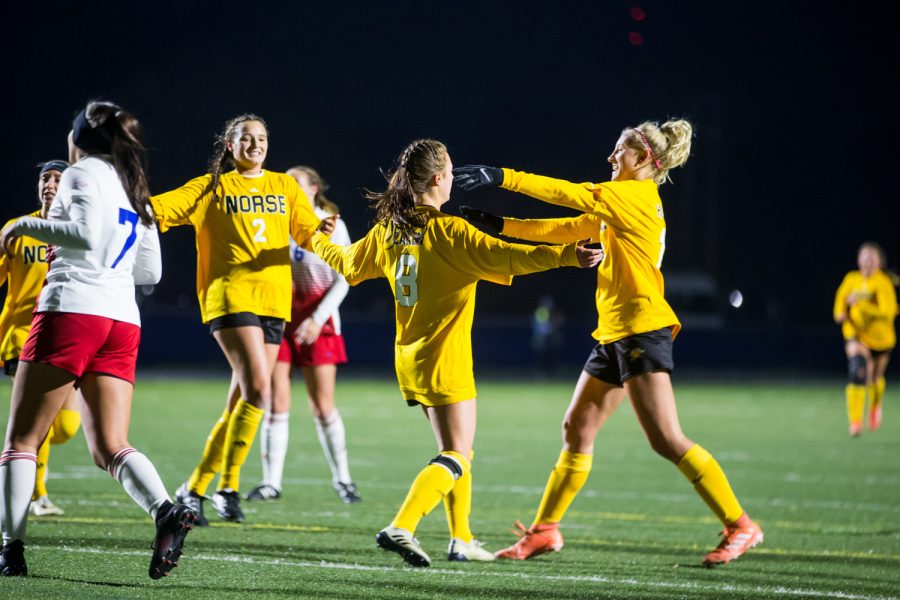 NKU players celebrate after a goal by Shawna Zaken (8) off of a penalty kick During the game against Detroit Mercy in Detroit. The Norse defeated Detroit Mercy 2-0 on the night, which ensures them a spot in the upcoming Horizon League Tournament.

In the 82nd minute senior midfielder Shawna Zaken shot from the middle of the box to put NKU up 1-0. Then in the 84th minute Zaken followed up with a penalty kick opportunity to seal the 2-0 win.

Zaken has 11 goals on the year. Sophomore goalkeeper Mimi Stines had six saves on 11 shots faced in her fifth shutout of the season. Stines’ win at the goal makes her the 10th all time goalkeeper win for NKU.

NKU will now face Wright State in the Horizon League Quarterfinal on Monday, Nov. 4. The match will begin at 7 p.m and will be broadcast on ESPN+.