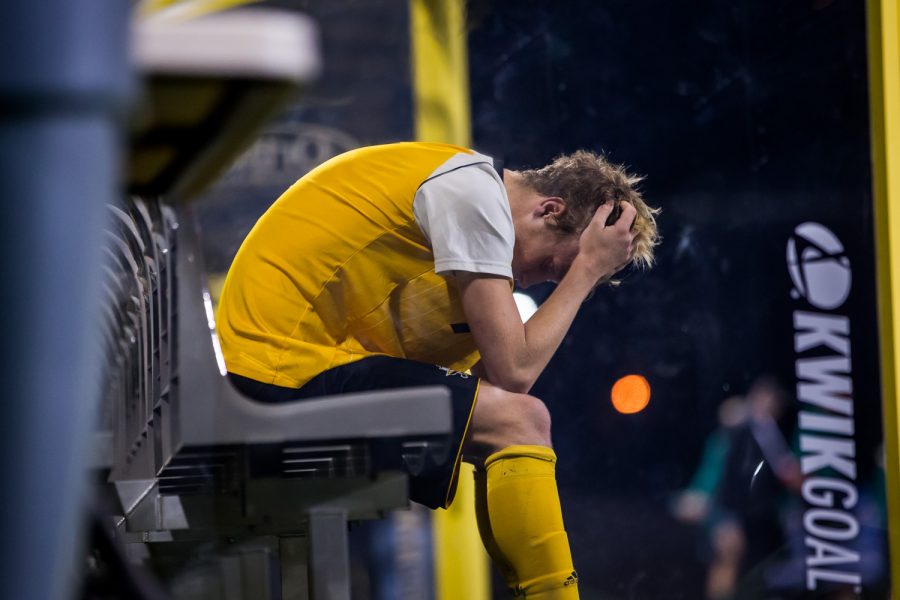 Alex Greive (7) reacts on the sideline after the game against Green Bay. Greive had 6 shots on the game and 1 goal. The Norse fell to Green Bay 3-2 on Saturday night.

Senior midfielder Connor Probert had the first goal of the night in the 11th minute of the game. Despite the loss the Norse took more shots with 16, the Phoenix had took nine.