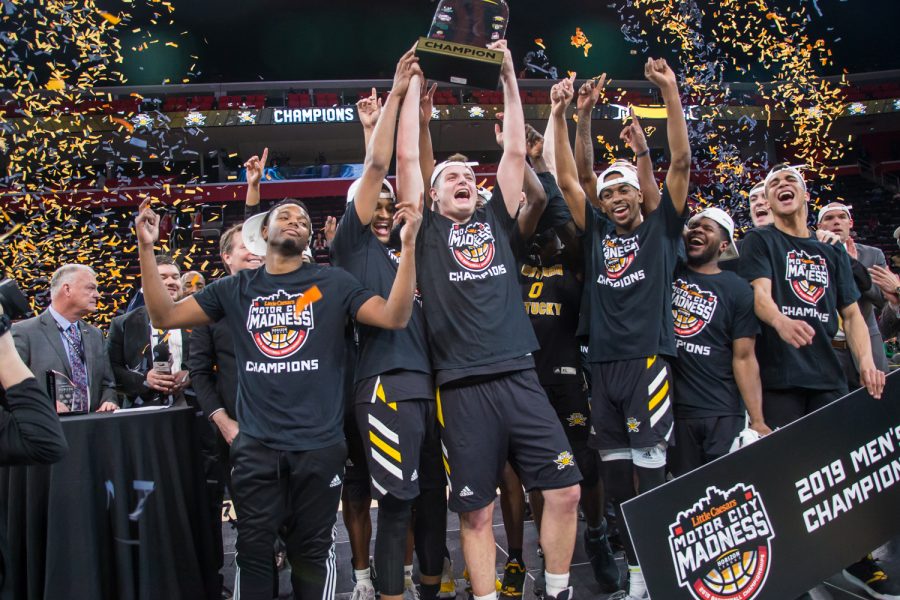 Five players on the NKU men’s basketball team scored double-digits for the game, led by redshirt sophomore Jalen Tate with 17 points and 5 rebounds. Junior forward Dantez Walton and grad student Zaynah Robinson had 15 points apiece. Senior forward Drew McDonald added 13 points and 8 rebounds. Sharpe rounded out the top scorers with 11 points, 2-of-4 from behind the arc.

The Norse came ready to play. Tate opened the game with a three-point basket. The Norse took a 10-2 run to put them up 13-4 early in the game. Robinson pulled up a three from the top of the key to bring the Norse to 21 points. The Raiders answered back to bring the score to 21-10.

McDonald gained his second foul with 5:36 minutes left in play. Redshirt sophomore forward Silas Adheke subbed in and scored a putback for two points to bring the score to 40-24. With under 1:00 left in the half, the Norse gained an offensive possession and Robinson laid it in for two. The Raiders junior guard Cole Gentry was able to sink a three-pointer with 0:07 seconds left. The Norse went into the half up 44-34.

“Starting off in the first half was a great feeling,” Tate said. “Just knowing that we could get [defensive] stops.The way we work, it could obviously translate to the offense … shots were going in.”

“We came out with intense energy we made everything hard on them,” Sharpe said. “I thought we took very good shots and I thought we got the ball moving a lot. Which when we do that we’re tough to stop offensively and so that lead right into Z [Zaynah] coming off the bench and giving us a quick spark.”

McDonald opened up the second half for the Norse with a layup and a trip to the line to bring the score to 47-35. Tate had a big block on defense that turned into an offensive possession where McDonald drained a three-pointer. With under 15:00 minutes left of play, Tyler Sharpe hit a three-point bucket to put the Norse up 53-37.

Freshman guard Trevon Faulkner made a basket with 3:20 left in play. He got fouled but did not convert the free throw. With 1:58 left in the game, Wright State fouled Tate sending him to the line to hit one. With 15 seconds left the Norse sealed the win of 77-66.

‘We’re not done yet’

Selection Sunday is March 17 at 6 p.m., when the Norse will figure out who, when and where they play in the first round of the NCAA Tournament.

This will be their second appearance at the Big Dance. In 2017, in the school’s first NCAA tourney appearance of the Division I era, NKU fell to University of Kentucky 79-70.

But this time, McDonald said, it’s less of a “gift” and more of an “opportunity” to earn a March Madness win, which would be the first in team history.

“We’re going to enjoy it but we’re going to get right back to work here soon,” McDonald said. “We’re not done yet. We have more to accomplish and we’ve been there once. And the only  way to build on it – we like to build on our program – is to win one game then win two and then play the second weekend and keep going forward.”