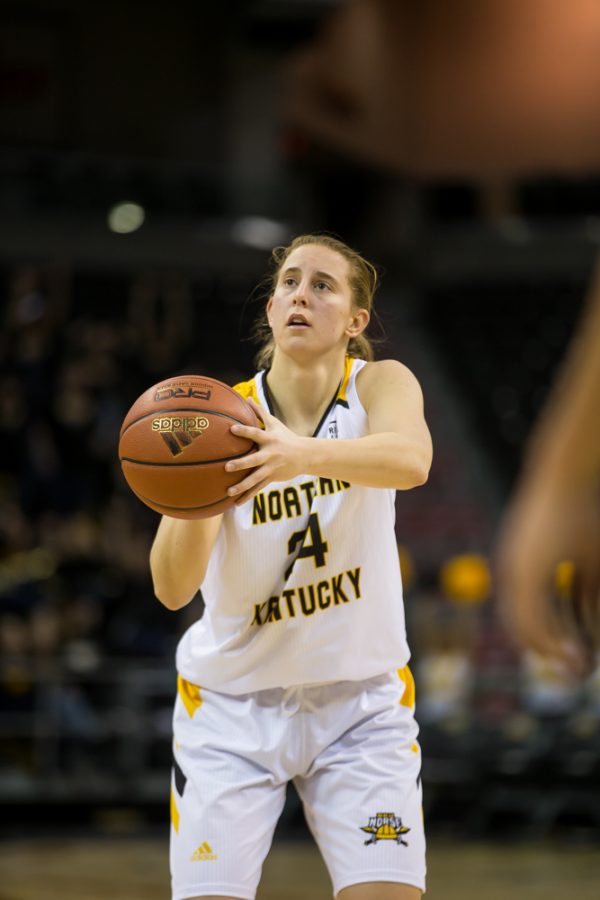 Molly Glick (24) shoots a free throw during the game against IUPUI. Glick shot 4-of-4 for free throws and had 10 points on the night.

The first quarter started out slow for the Norse but great for the Raiders who shot at 76.5 percent from the field.  Glick earned 10 points to set the pace for the Norse. Unfortunately, the Raiders managed to outscore them 31-14.

Wright State started off strong in the second quarter going on a 12-0 run.  Luckily, the Norse slowed them down and only allowed the Raiders to earn four more points in the half.  The Norse had a large number of turnovers in the first half which resulted in 15 points for the Raiders. The Norse shot 37 percent from the field for the half, the Norse end the half down, 45-25.

Even though the Norse outscored the Raiders in the last quarter, it wasn’t enough as Wright State took the a 78-56 victory over the Norse.

The Black & Gold continue their Horizon League play at home on Friday, Feb. 22 as they take on Youngstown State. The game will start at 7 p.m. and will be broadcasted on ESPN+.