The Norse bench added 17 points to the board. 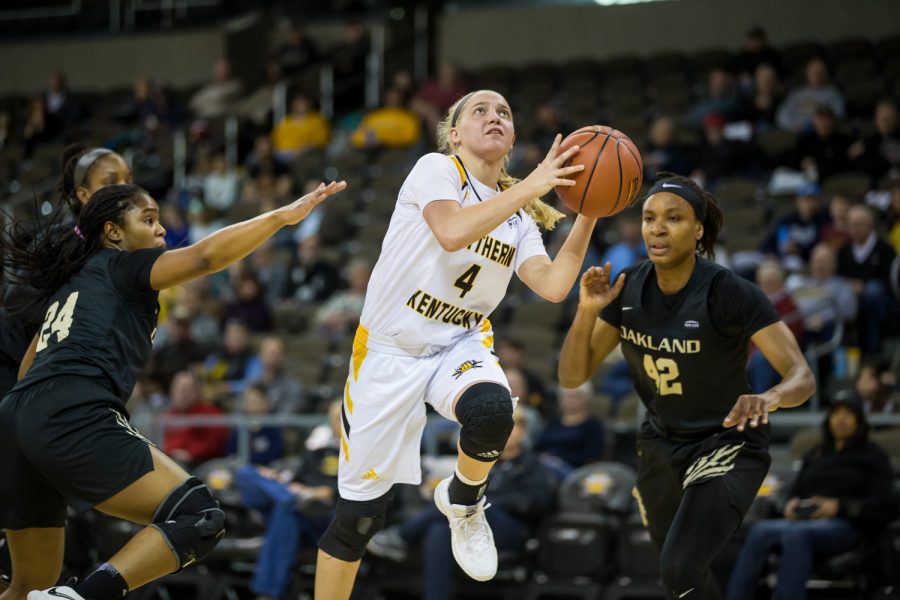 Taylor Clos (4) goes up to shoot during the game against Oakland. Clos shot 2-of-11 on the game and had 7 points.

NKU women’s basketball team falls to Green Bay Phoenix, 70-42 Thursday night. The Norse fall to 7-15 on the season and 6-6 in the Horizon League. The Phoenix advance to 9-2 in the league and 14-7 overall.