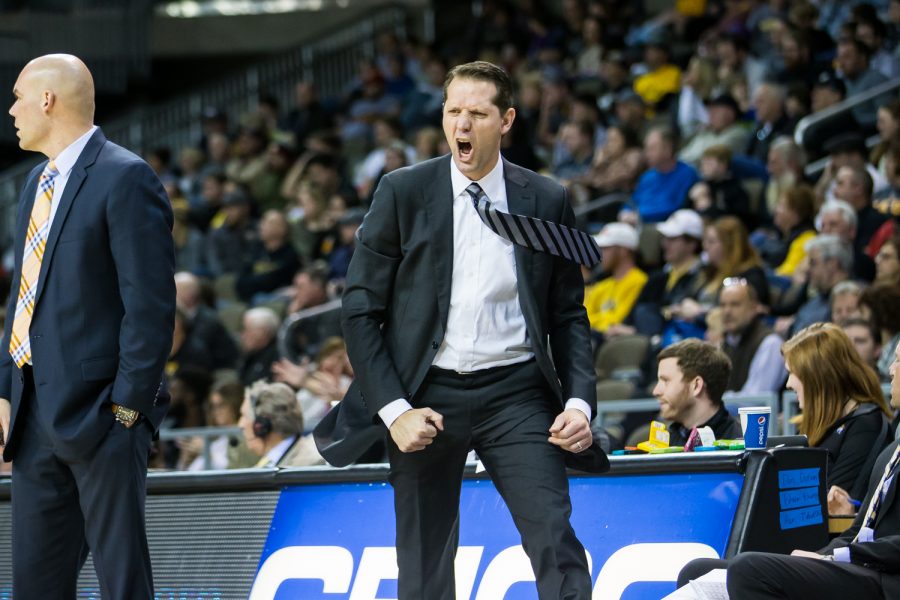 The NKU men’s basketball team picked up their second win in 48 hours by defeating the UIC Flames 73-58 Sunday night. The win puts the Norse atop the Horizon League standings at 2-0.

Redshirt sophomore guard Jalen Tate led the black & gold with a career-high 25 points and 6 assists. Senior Drew McDonald followed with 19 points and 20 rebounds, his second double-double of the weekend and the first player in almost 50 years to post 20 or more rebounds for NKU. Junior Dantez Walton nearly achieved a double double himself with 15 points and eight rebounds.

The game got off to a slow start, and Tate was a big energy that got the momentum going.

“I came in with the mentality that I needed to bring energy,” Tate said. “It seemed like we got off to a slow start, I tried to come in [the game] in attack mode and do whatever the team needed me to do to get the win.”

McDonald added 19 points and also notched a career-high in rebounds with 20. He is the first player for the Norse to grab 20 boards in a game since Jim McMillan in 1972.

“I wasn’t hitting shots early, but my goal is to contribute any way that I can,” McDonald said. “When my shots aren’t falling I know I can go in there and get rebounds.”

During the second half of the game, the Norse went on to shoot 44 percent from the field. The Norse ended the game on an 8-1 run and held UIC scoreless the final three minutes of the game. The Norse out-rebounded the Flames 46-27, and finished the game 73-58.

After winning four straight games, the Norse improve to 12-3 overall.

Previously, the Flames narrowly beat NKU’s Horizon League rival Wright State on Friday night. The Norse are also 2 for 2 in conference play after dominating the IUPUI Jaguars at BB&T on Friday.

The Norse travel to Oakland on Thursday, Jan. 3 to take on the Oakland Grizzlies who also stand at 2-0 in Horizon League conference play. Watch the game live on ESPN+ at 7 p.m.