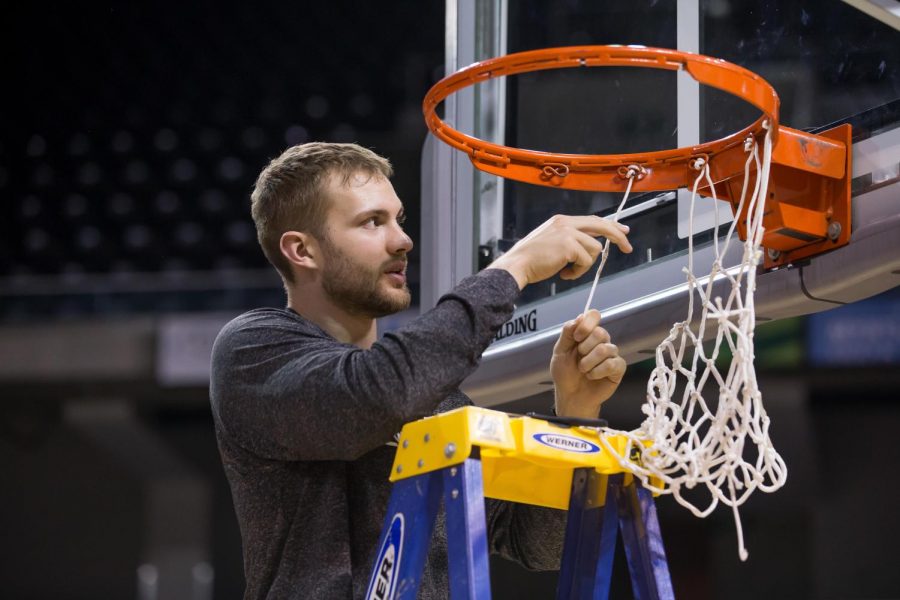 Carson Williams (23) cuts off his section of the net after securing 1st place in the Horizon League.