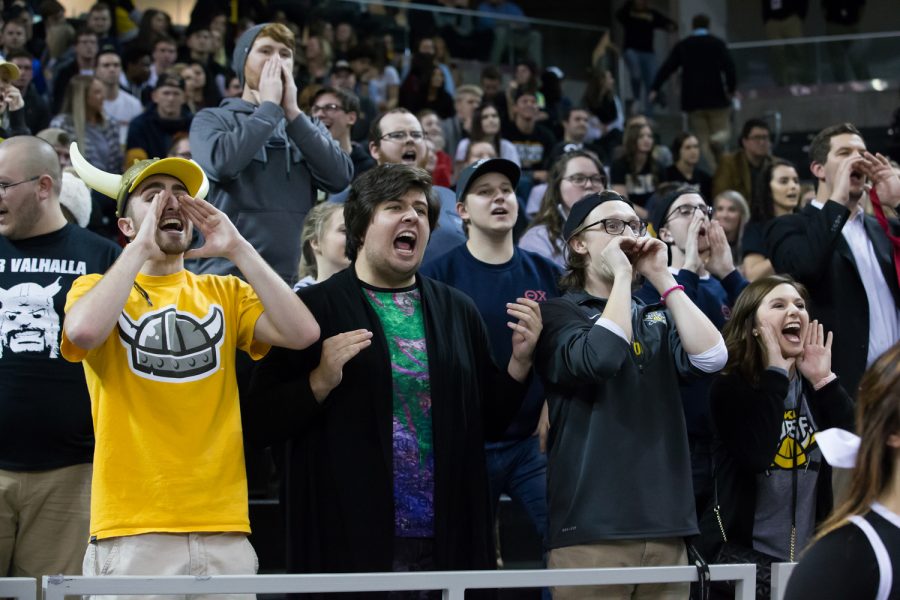 NKU fans cheer on the Norse during the game against Milwaukee.

Northern Kentucky University and iHeart Media reached an agreement to keep NKU’s men’s basketball games on iHeart stations in the Greater Cincinnati area through the 2022-23 season.

“Extending this partnership with iHeart Media is a great opportunity to continue to expand the brand of Norse basketball and recognize our men’s and women’s basketball programs regionally,” Ken Bothof, Northern Kentucky University director of athletics, said in a statement. “Having our men’s basketball radio broadcasts and the coaches show air primarily on the iHeart stations provides valuable exposure as our programs continue to grow.”

iHeart Media has broadcasted NKU games since the school made the move to Division I. Play-by-play broadcaster Jim Kelch and Steve Moeller, color analyst and former NKU basketball player,  have called the games since 2012.

“We are excited to continue our relationship with Northern Kentucky University and Norse Basketball on iHeartRadio through this on-going partnership between Learfield and iHeartMedia Cincinnati,” DJ Hodge, president of iHeart Markets Group Cincinnati, said in a statement. “NKU’s transition to Division I has been a tremendous success, with last year’s initial appearance in the Men’s Basketball Tournament as a prime example, and we are very pleased to be able to continue to deliver Norse Basketball to their growing legions of fans, both locally and regionally, through the 2022-23 season!”

The final two NKU regular season games at UIC and IUPUI can be heard on ESPN1530. Stations for the Horizon League tournament have not yet been released.