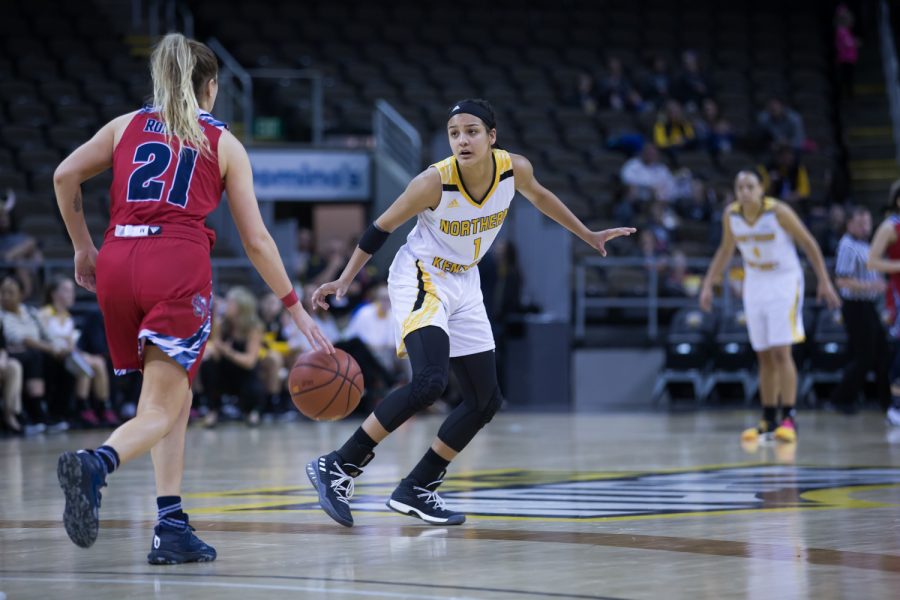 The Northern Kentucky women’s basketball team snapped their three game winning streak by falling to Wright State University 73-60 on the road Saturday afternoon. The Norse fall to 8-18 and 6-9 in conference play while the Raiders improve to 19-8 and 10-5 in Horizon League play.

Chelsea Welch and Mackenzie Taylor opened the first quarter with four straight three’s to give the Raiders an early 26-11 advantage. The Norse would claw their way back and outscored the Raiders 23-9 on 56.3 percent shooting from the field in the second quarter and trailed the Raiders by one, 35-34 going into halftime.

The Norse ended the first half shooting 46.7 percent from the field while holding the Raiders to 37.5 percent.

The Raiders would come out the gates firing in the second half and outscored the Norse 19-11 in the third quarter  and held a 54-45 lead. The second half woes continued for the Norse after committing 10 turnovers and were unable to find an answer to Emily Vogelpohl’s 13 second half points.

Both teams shot just over 43 percent on the night. The Norse would outscore the Raiders 30-22 in the paint and 25-9 off the bench. However, the Raiders won the boards 36-27 and drained nine three pointers.

The Norse will be back in action on Monday, Feb. 19 as they host Youngstown State in the final home game of the year at BB&T Arena. The game will serve as Senior Night for the Norse and Mikayla Terry will be honored pregame. Tip-off is scheduled for 5 p.m. and will be broadcast on ESPN3.