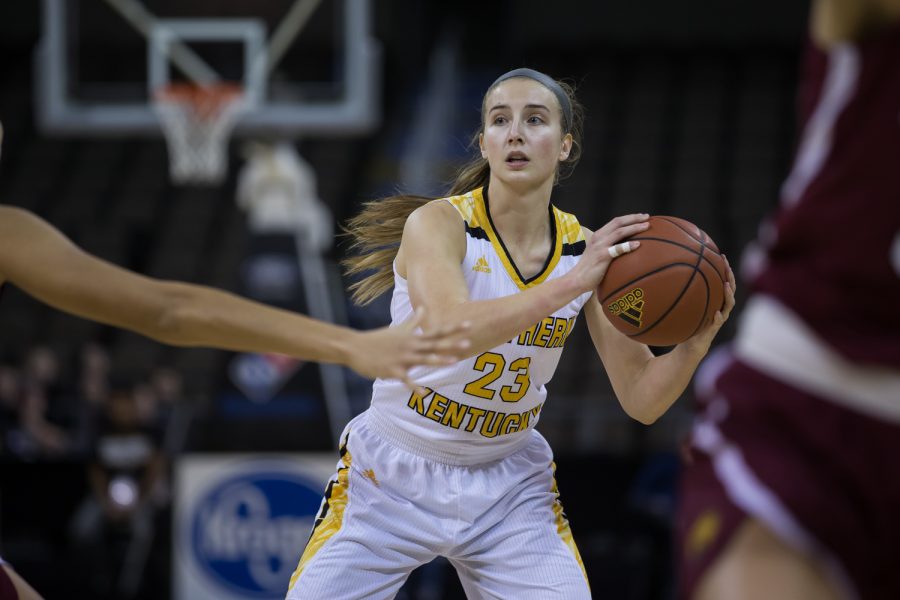 The NKU women’s basketball team fell to Youngstown State 54-51 on the road Thursday night. The Norse fall to 5-15 and 3-6 in conference play while the Penguins improve to 8-12 and 4-5 in Horizon League play.

The Norse got off to a fast start, scoring 21 points in the first quarter while holding the Penguins to 17 points. The Penguins would catch back up, outscoring NKU 10-7 in the second quarter. NKU held a 28-27 lead at halftime despite allowing Youngstown to shoot 50 percent while shooting just 34 percent.

The Norse did force 12 turnovers from the Penguins in the first half.

The Norse shot four total free throws and missed all of them while the Penguins made nine of their 13 free throws.

NKU will look ahead to Saturday when they will face Cleveland State in Cleveland at 8 p.m..