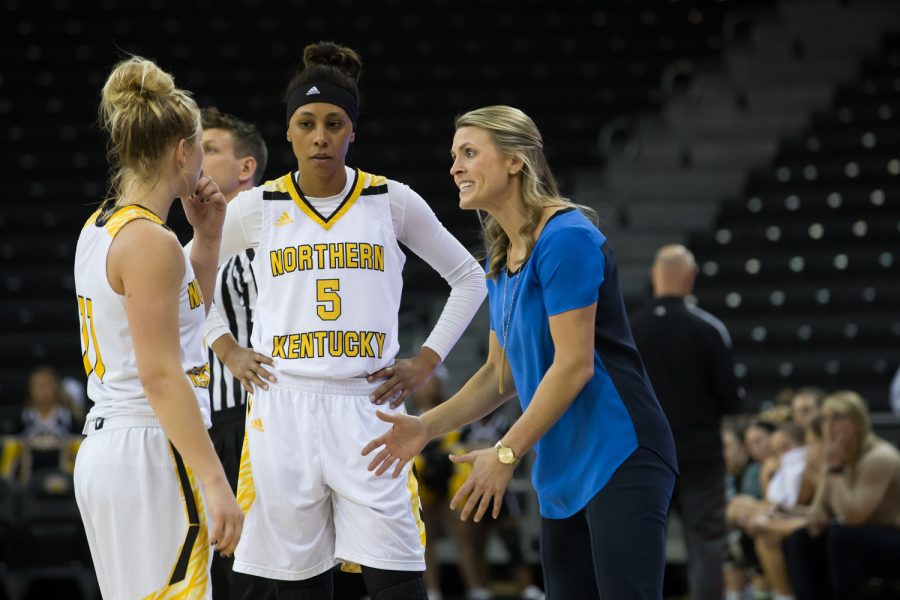 Defense and rebounding proved to be the difference in this one, as NKU was held to just 26 percent shooting from the floor and 16 percent from 3-point range. The Norse made up for their rebounding woes in the second half (16/26), but still found themselves behind the Golden Grizzlies season-high 54 rebounds with 23 boards offensively.

Samari Mowbray and Kailey Coffey both finished in double figures with 11 points and 10 points to lead the Norse respectively. Mowbray sank three 3-pointers for the second time in her career while Coffey posted double-figures for the second straight game.

The Golden Grizzlies held the advantage in the paint, 24-20 and capitalized on 22 turnovers by the Norse to score 26 points.

Bond posted a career high 25 points off of nine field goals and six 3-pointers to lead the Grizzlies. Taylor Gleason dished out a season-high eight assists and 10 points while Taylor Jones added 11 points to make her the 27th players in their programs history to score 1,000 career points.

The Norse look to bounce back as they take on rival Wright State University (12-4, 3-1 Horizon) at BB&T Arena on Saturday, Jan. 13th. Tipoff is scheduled for 1p.m. and will be broadcasted on ESPN3.