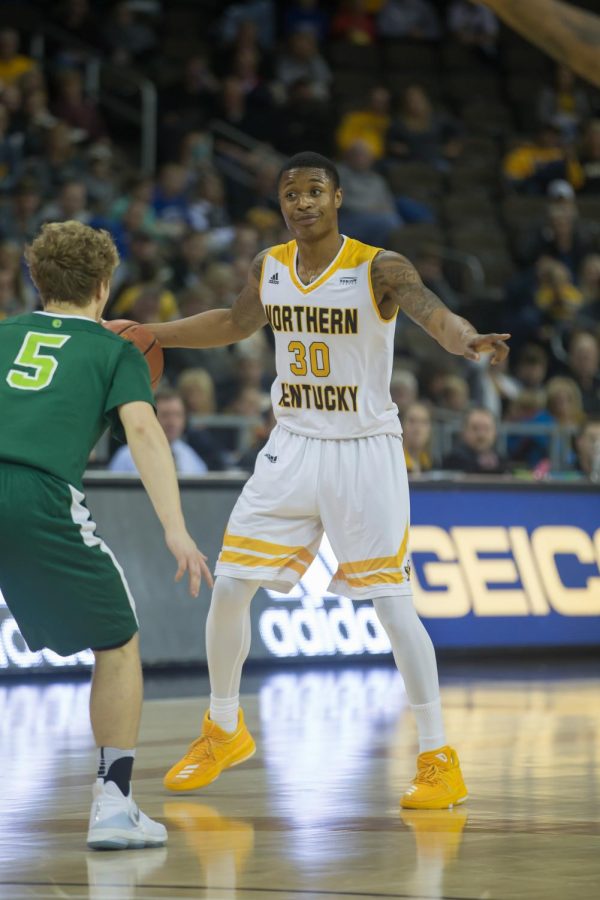 Lavone Holland II (30) dribbles the ball down the court in the game against Wilmington.

After leading the Norse to the Island of the Bahamas Showcase final, Lavone Holland II was named Horizon League Player of the Week Monday afternoon.

The senior point guard scored 24 points in the opening round victory over James Madison and scored 14 points and five assists in the championship game against Vermont.

The Norse fell to Vermont 66-64 in the championship game of the Island of the Bahamas Showcase. It was the first loss of the season for NKU, who now has a 4-1 record. Vermont improves to 3-1 on the season, with their only loss coming against the Kentucky.

The Norse held a two point halftime lead and led by as many as 13 points with 9:02 left to play. The Catamounts went on a 20-5 run to end the game and with three seconds left, Trae Bell-Haynes made the game winning layup.

The Norse will take the court again on Saturday, when they will face the Memphis Tigers in Memphis.