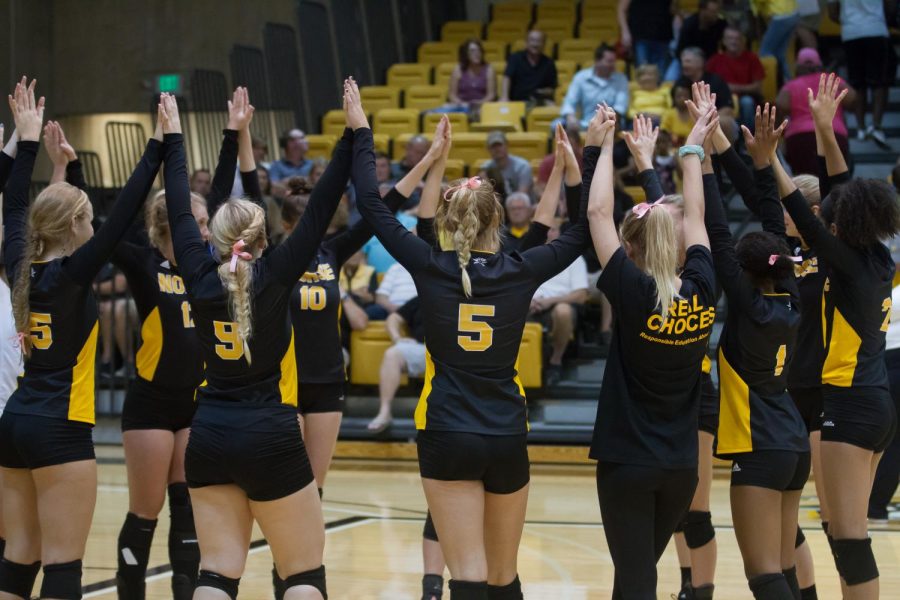 NKU circles up before the game against Milwaukee

NKU recorded 60 kills in the match while the Jaguars could only kill 48 balls. The Norse also had a .195 hitting percentage while IUPUI hit just .147. The Norse served six aces on the night while IUPUI managed just two aces.

Kaelin Gentile was the key to the game, recording 20 kills in the match while making seven blocks. Haley Libs recorded 14 kills and served two aces in the Norse victory. Shelby Olsen made 51 assists for NKU while Ashton Terrill and McKenzie Eskridge combined for 31 digs.

Gabby Fisher recorded 22 kills for the Jaguars, but that was not enough for IUPUI to defeated the Norse.

NKU advances to face the number one seed in the tournament, Cleveland State, at 3 p.m. at Cleveland State. The Norse lost both matches in the regular season and won just one set against the Vikings in those two matchups.

If the Norse are able to upset the Vikings, they will play the winner of Oakland and Green Bay in the Horizon League championship.