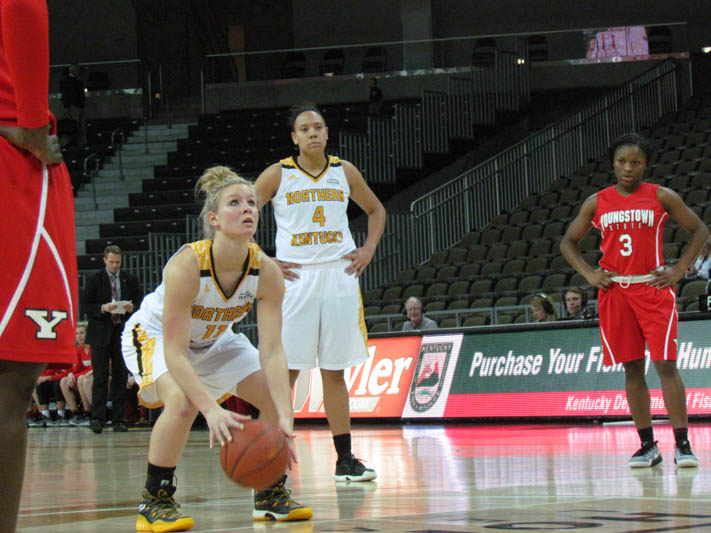 The NKU women’s basketball team fell to Illinois State 49-37 Wednesday night at Illinois State. The Norse start the season 0-2 while the Redbirds are 1-1.

NKU sent the Redbirds to the free throw line 26 times in the game. Illinois State made 16 of those free throws. The Norse only shot six free throws and only made three.

Megan Talbot led the Redbirds with 17 points and eight rebounds. Viria Livingston and Simone Goods both contributed nine points and combined for 11 rebounds.

Molly Glick led the Norse with 11 points and two assists on the night while Samari Mowbray scored nine points off the bench. No other Norse scored more than five points.

The Norse play against Murray State on Saturday Nov. 18 at 7 p.m..