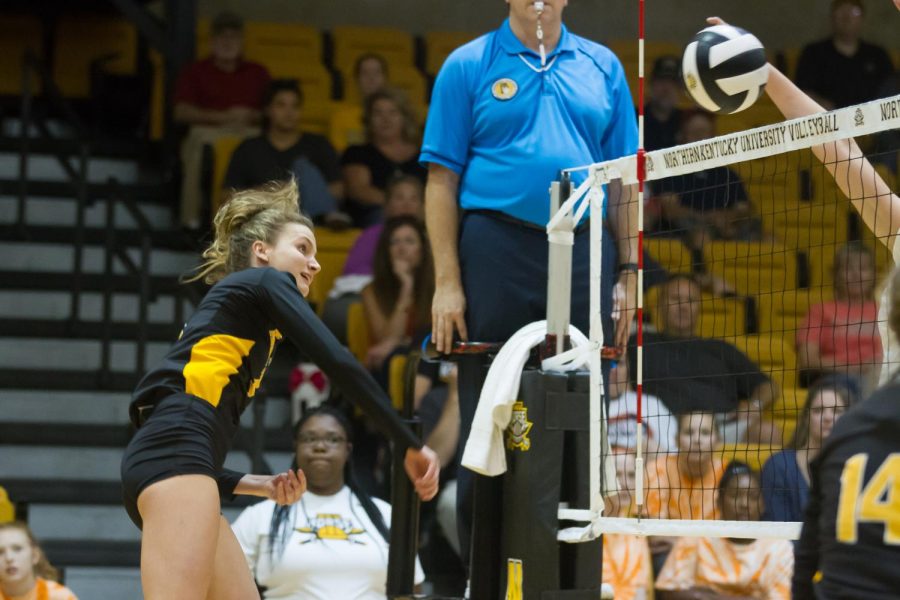 Haley Libs (4) hits the ball in the game against Milwaukee

As a result, the Norse only had a .150 hitting percentage while the Vikings hits .222.

The Norse will finish out the regular season on Saturday with a home match against Green Bay at 4 p.m..