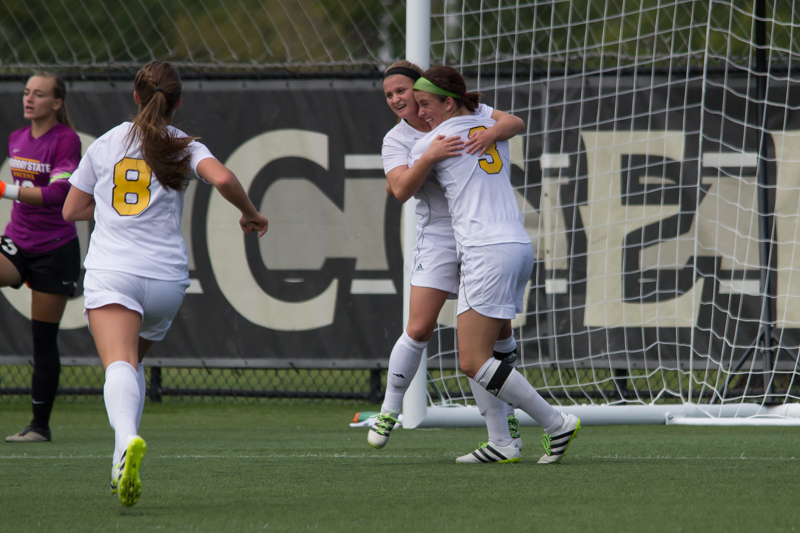 Jessica Frey (left) and Macy Hamblin (right) celebrate after a goal by Frey.

For the third straight year, Macy Hamblin has been named Horizon League Player of the Year.

The senior forward tied for the league lead in goals scored (10) and lead the league in points per match (1.64) and goals per match (.74) despite missing two games of the season due to injury.

Hamblin was also named to the Horizon League first team along with teammate Jessica Frey, who also scored 10 goals on the season. Frey was also one of 30 players in the country nominated for the Senior CLASS Award.

“Congratulations to Macy, Jess, and Taylor on earning these prestigious awards,” head coach Bob Sheehan said in a statement. “Macy and Jess have been key players in our attack for the past four years, and Taylor has led our defense for the past three years.”

The announcement comes three days ahead of NKU’s semi-final game in the Horizon League tournament.