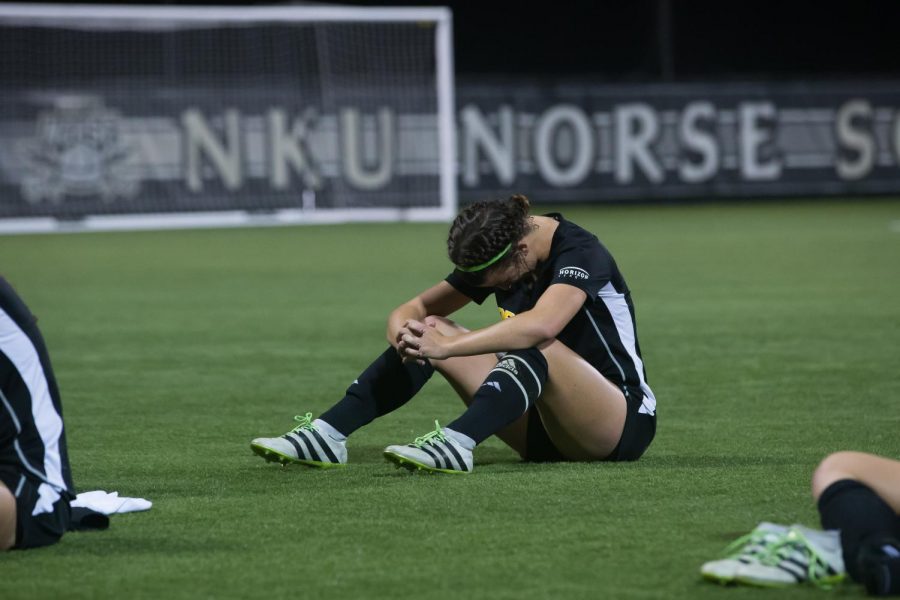 The loss is the first loss the Norse have suffered in league play this season and are now 6-1-1 in league play while Cleveland State improves to 5-3 in Horizon League play.

“Very disappointed in our team,” Norse head coach Bob Sheehan said. “I didn’t think we played with energy we have been building all season. Give credit to Cleveland State. They came out and played with a lot of energy.”

In the 43rd minute, Elaina Walnoha collected a missed clearance in the box and scored to put the Vikings up 1-0 just before the halftime whistle. The goal was Walnoha’s first of the season.

Cleveland State was able to hold possession for the majority of the game. The Vikings took 17 shots in the match while the Norse took 15 shots, but were only able to put four of those shots on goal.

Norse goalkeeper Emily Lohmann made six saves and allowed a goal while Jamie Daniels made four saves for the Vikings.

Macy Hamblin, Ally Perkins and Jessica Frey all put shots on goal, but were unable to convert on any attempts. Nine different Vikings took a shot in the match.

The Horizon League playoff picture is now a little fuzzy with the Norse loss tonight. Milwaukee reclaims the top seed after defeating Youngstown State in overtime Saturday while IUPUI lost their second game in league play to Oakland.

As of now, NKU sits in second place in front of IUPUI, who they play in the final game of the regular season on Friday night. The Norse will need a win and a Milwaukee loss to Cleveland State on Friday to have a chance at the regular season title and the number one seed in the Horizon League tournament. The Norse will secure the second seed in the tournament with a win over IUPUI.

Sheehan hopes his team will refocus ahead of this weeks match with the Jaguars.

“I think we need to get a little bit of the chip on our shoulder,” Sheehan said. “I think it was very evident that we were not as competitive as we need to be if we want to continue to pursue our goals.”