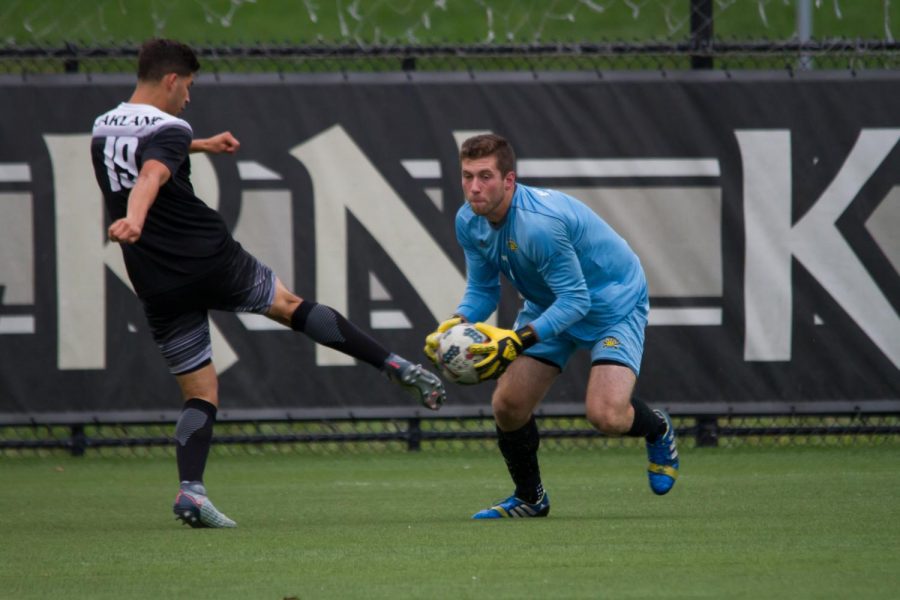 The NKU and UIC men’s soccer teams played to a 0-0 double overtime draw on Saturday afternoon at the NKU Soccer Stadium.

Jim Barkei made 10 saves in the match, including a couple of diving saves that kept the Flames from going ahead in the match.

Tonight’s match was also the seventh shutout the Norse have recorded in the 2017 season.

“We really put a good effort in,” Barkei said. “We weren’t looking like ourselves from before. In practice we just upped the intensity and put the emphasis on battling for the first and second balls. That’s who we are as a team. We are going to go out there and grind and beat you down physically.”

Neither team could get much of anything going in the first half. UIC shot nine times and put four shots on goal, but only a couple of those attempts were particularly dangerous. The Norse shot five times and managed to put two shots on goal.

Both teams collected 20 total fouls in the first half and three yellow cards, with two of those yellow cards coming against the Norse.

The Flames were squeezing the middle of the field, according to Riddle, so the Norse were trying to utilize the wing-backs more in the second half.

“We were trying to get our wing-backs really pushed forward,” Riddle said. “I thought Abdul and TJ and Brett did a really good job of that in the second half. Consequently it allowed us to have a little bit more play in the opponent half and create some chances to score.”

Two overtime periods would not be enough to decide the match, as neither team could score. The Flames had several chances at a goal, with one shot bouncing off the right post.

The Norse will look ahead to a three game road trip, starting with Wright State next Saturday at 7 p.m.. The Norse will then play Detroit Mercy and Evansville before returning home to face Green Bay to end the regular season.