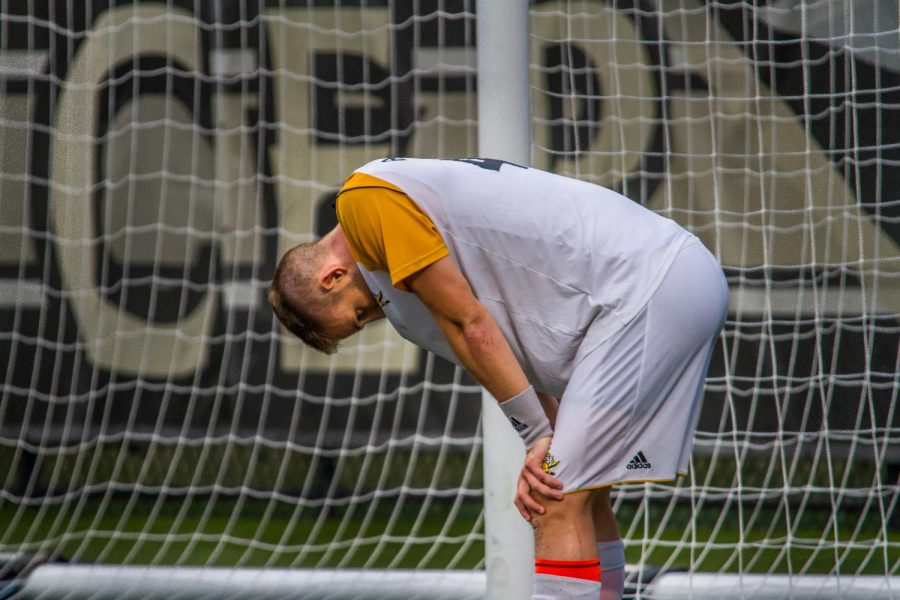 The NKU men’s soccer team fell to Oakland Saturday afternoon 2-1 at the NKU Soccer Stadium. The game was moved from a 7 p.m. start time to a 4:30 p.m. start time due to potential threat of thunderstorms in the Northern Kentucky area.

The Norse played the final 60 minutes with just 10 players on the field, after Felix Komolong received a red card and was disqualified from the game.

The Grizzlies struck first in the 34 minute when Austin Ricci received a pass in the box from Nebojsa Popovic and put it past Jim Barkei. The goal was Ricci’s eighth of the year.

In the 73 minute, Calvin Murphy tied the game for the Norse. The goal was the second of Murphy’s career.

The Norse were unable to hold off the Grizzlies in the final minutes though, as Alec Greene was able to score on a cross from Popovic to give Oakland the 2-1 lead.

The Norse will now look ahead to their matchup with UIC next Saturday at the NKU Soccer Stadium. The match will begin at 4 p.m. and will be available to watch on ESPN3.