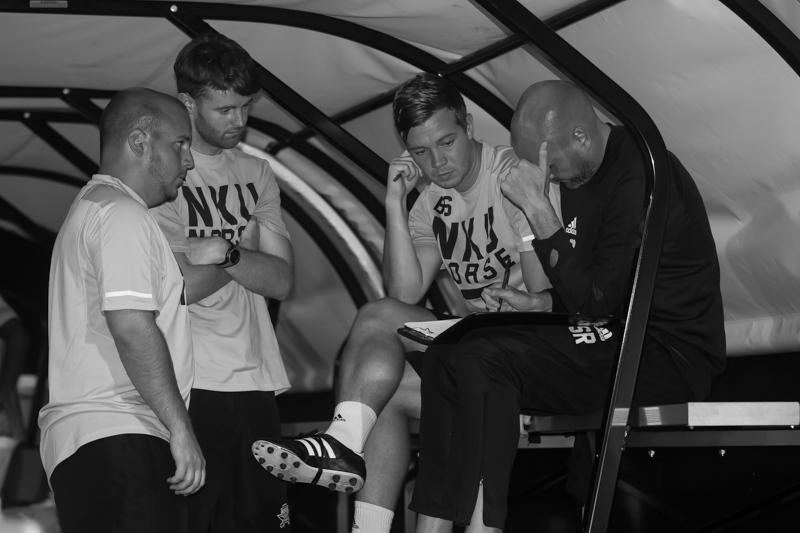 The NKU men’s soccer team played to a 2-2 draw against Marshall on Wednesday night at the NKU Soccer Stadium. The draw brings the Norse to 4-1-3 on the year, while Marshall moves to 5-2-1.

“Really pleased,” Head Coach Stu Riddle said. “I thought we showed a lot of character there against a really good team.”

It took just five minutes for the scoring to begin, as Marshall’s Brayan Lopez-Mendez scored from a penalty kick after NKU’s Abdul Kooistria was called for a handball inside the box. The goal was the first Jim Barkei has allowed in the last four games.

The game moved back and forth for the next thirty minutes until NKU freshman Jake Minkovitz scored his first career goal to equalize in the 38th minute. The goal came off of an NKU counter attack that was led by Liam Evans, who shuffled it off to Minkovitz to earn his first assist of the season.

Marshall responded quickly and took the lead right back in the 41st minute when Jaime Pedro Dolabella knocked in a deflected ball to score his third goal of the season for the Thundering Herd.

At the half, the Norse trailed the Thundering Herd 2-1. The Herd doubled the Norse shot total 10-5 in the first half, and had one more corner kick than NKU.

In the 55th minute, Dolabella committed a foul inside the box, received a yellow card, and gave the Norse a chance from the penalty spot. Brett Wilson stepped to the spot and buried the shot to tie the score at two goals a piece.

The rest of the second half was evenly matched, and neither team could break through by the end of regulation, sending the game to overtime. Each team had multiple chances in the first overtime period, but neither could score to win the game.

In the second overtime period, it was more of the same, with each team possessing the ball in the other’s half and having scoring chances, but being unable to breakthrough. It was the second consecutive game the Norse have played tied in double overtime.

“To come from two goals down on separate occasions and now what is it, eight games with one loss, we’ve shown some real resilience which is great,” Riddle said.

The Norse play their third conference match of the season on Saturday Sept. 23 at 7 p.m. when they host IUPUI. The game will be available to watch on ESPN3.