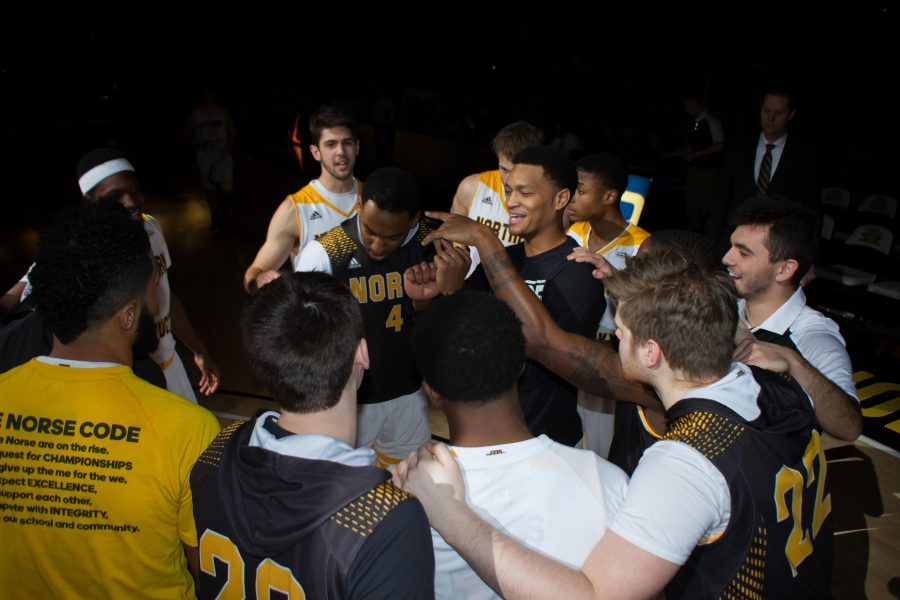 The Norse prepare for Thursday's game against Green Bay.

Northern Kentucky University released the 2017-2018 men’s basketball schedule Wednesday afternoon. The season is set to start on Nov. 4 with an exhibition against Urbana with the regular season starting Nov. 10 against East Tennessee State.

“We are currently hard at work preparing for the upcoming season,” head coach John Brannen said. “Our goal scheduling this year was to put together as demanding and challenging a schedule as we could.”

The Norse will play several teams who reached the NCAA Tournament last season including ETSU, Vermont and Iona. NKU will also face Texas A&M, a Southeastern Conference member, on Dec. 19 in College Station and American Athletic Conference member Memphis on Nov. 25 in Memphis.

The Norse non-conference schedule also includes a trip to Nassau to play in the Bahamas Showcase starting on Nov. 17 as well as home games against EKU and Morehead State in December.

“With the likes of ETSU, EKU and Morehead State at home and Texas A&M, Memphis and ETSU on the road, we have accomplished exactly that,” Brannen said. “We will need all of Norse Nation and our student body to make BB&T the most difficult arena to play in in the Horizon League.”

Homecoming week will include home match-ups with Horizon League front runners Milwaukee on Feb. 8 and Green Bay on Feb. 10.

The Norse will then play their final home game of the season against Youngstown State on Feb. 19.