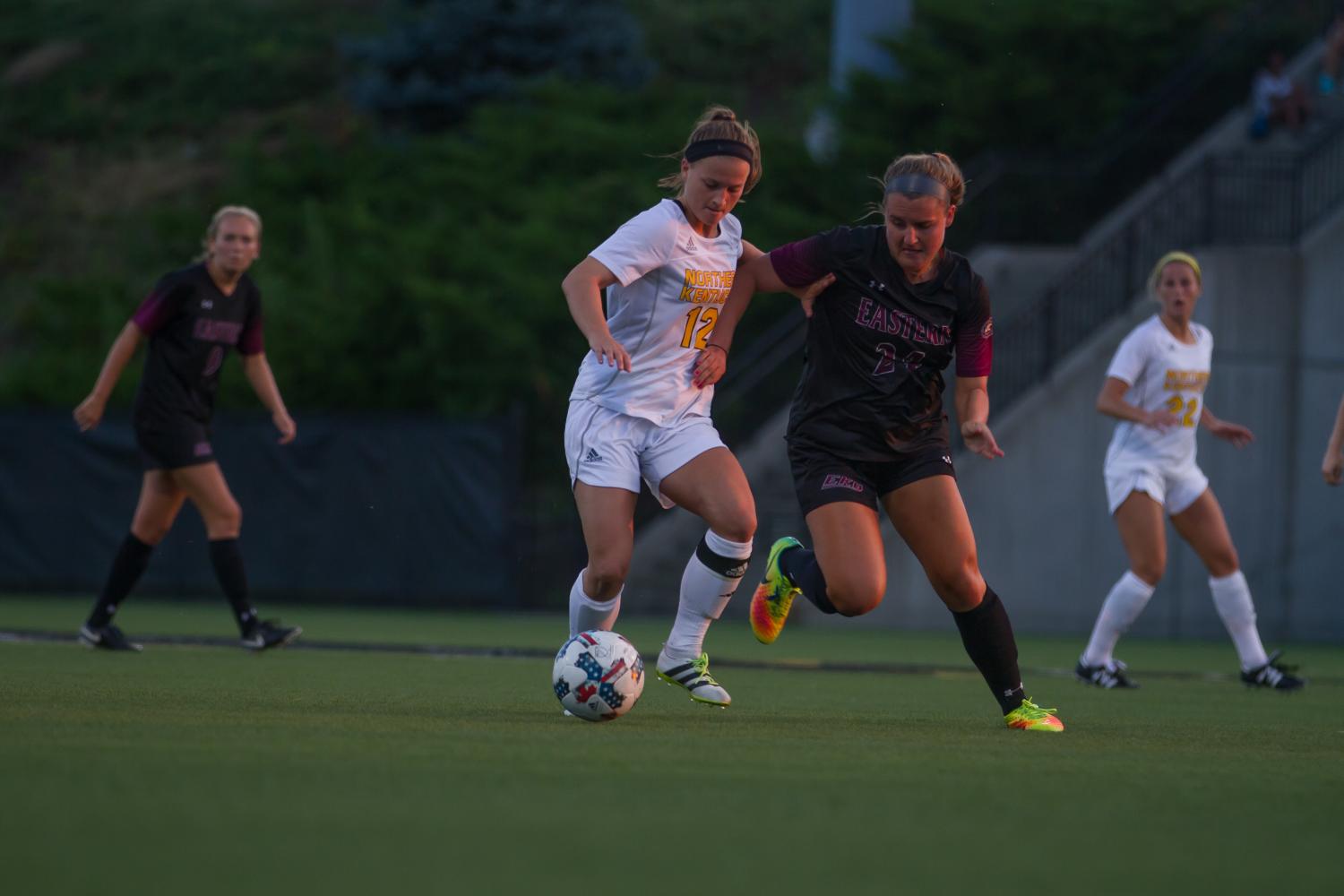 The NKU women’s soccer team claimed their first victory of the season Friday night, beating Eastern Kentucky 2-1 in front of a crowd of more than 800 in the NKU Soccer Stadium.

“We’ve had fantastic crowds out to support us and certainly our players get a little extra motivation when the crowd cheers,” head coach Bob Sheehan said.

Prior to the game, NKU revealed new banners inside the stadium to commemorate last year’s Horizon League championship and the team’s appearance in the NCAA tournament.

On the field, the Colonels would strike first. Emily Lohmann was issued a yellow card for colliding with a Colonel outside the box, leading to a free kick. EKU’s Emmi Carroll put the free kick in the back of the net to give the Colonels a 1-0 lead in the ninth minute.

The Norse would recover in the 26th minute, when Macy Hamblin scored on a free kick to tie the game at 1-1.

Neither team was very successful in the first half, with each team generating just three shots in the half.

“We talked about it at halftime that we needed to play a little quicker and get into our pattern play a little more and try to create some better opportunities,” Sheehan said. “I thought we did that in the second half. There was a stretch there where we had some quality serves from Ally and Payton. We had some players get on the end of head balls that just missed.”

In the 61st minute, Jessica Frey scored to give the Norse a 2-1 lead. Frey’s initial header was saved by the EKU goalkeeper, but the Colonels were unable to control the ball and Frey recovered and put the ball in the back of the net.

That’s all the Norse would need to finish off the victory, as they held EKU scoreless for the final 30 minutes. Both teams ended the game with 12 shots. NKU took four corner kicks in the second half while EKU managed only two corner kicks for the game.

The Norse will embark on a two game road trip starting on Monday, when they will face Morehead State at 7 p.m.. NKU will finish the road trip August 25 at Indiana State.