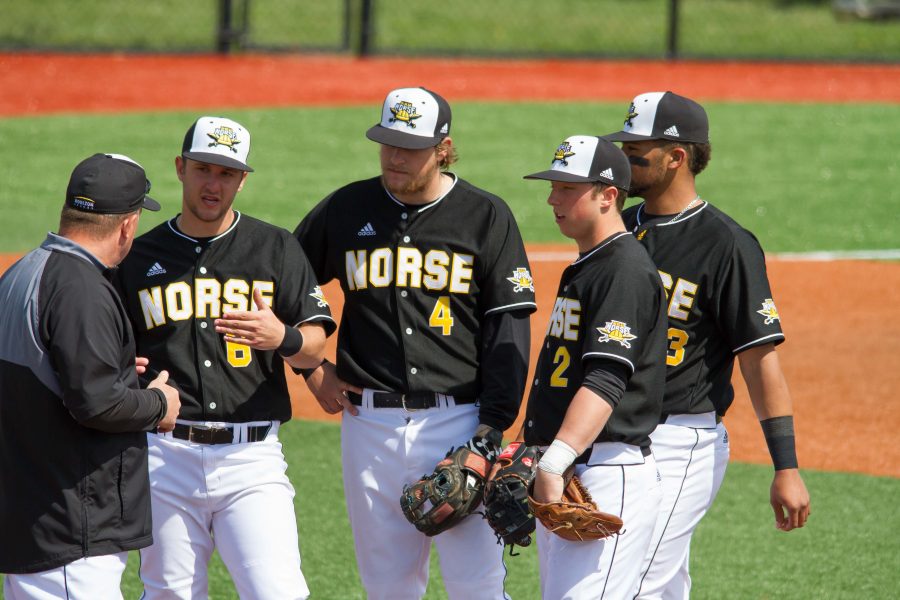 Alason bumped into an umpire while arguing a call with two outs in the fourth inning of Wednesday’s 6-4 loss to the Cardinals.

“I realize that my behavior was entirely unacceptable and fully accept the consequences,” Asalon said in a statement. “I apologize to Northern Kentucky University, my student-athletes and the NKU fans for failing to represent them in a manner fit for Norse Nation.”

“As an athletic department that places great value on integrity, we expect our coaches, student-athletes and staff to carry themselves in a respectful manner,” Bothof said. “Coach Asalon’s actions during Wednesday’s game do not meet these standards. This recent action is inconsistent with his previous representation as our head coach and we expect this will be an isolated incident.”

The athletic depart said they will give no further comment on the situation. The suspension comes hours ahead of a start to an important homestand with Wright State.